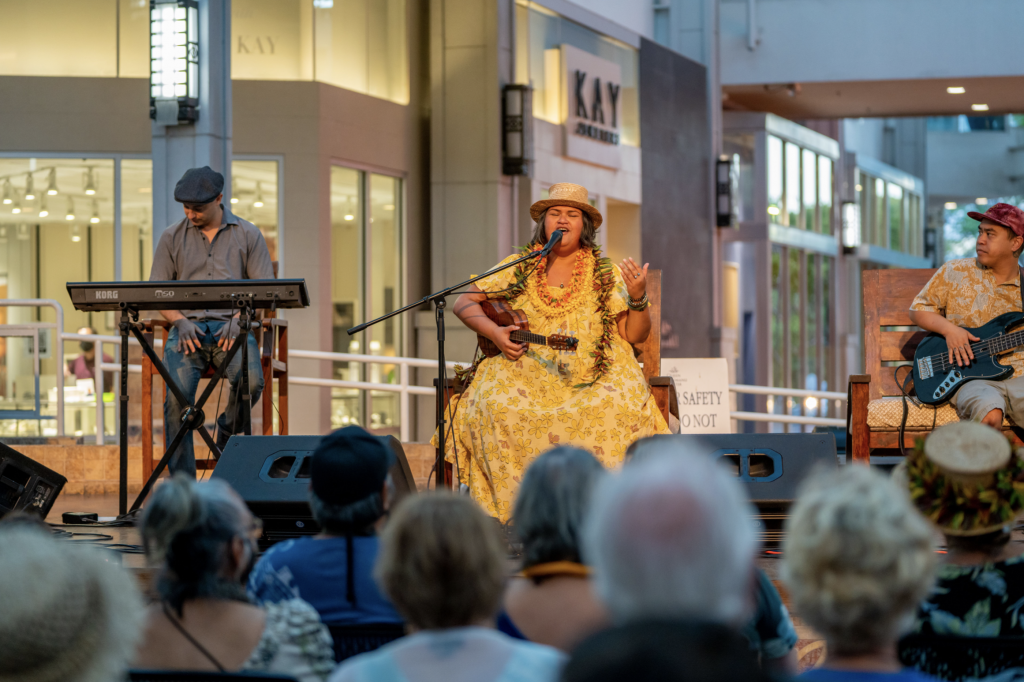 250 people attend the celebration of Queen Ka’ahumanu on Maui

An estimated 250 people attended a celebration for Queen Ka’ahumanu held Friday night at the mall named in her honor.

Celebrations included the opening protocol and lei draping with the ʻAhahui Kaʻahumanu Society, Wailuku Chapter IV, and a concert by entertainer Paula Fuga.

The entertainment was part of a special edition of KPOA 93.5 FM’s Kamaʻāina Nights to celebrate the 50th anniversary of the Queen Kaʻahumanu Center and the 254th birthday of Queen Kaʻahumanu, who was born on March 17, 1768 in Hāna, Maui.

The Queen Ka’ahumanu Center was developed in 1972 by Dillingham Land Corporation, the same developer of the Ala Moana Center on O’ahu.

At the grand opening ceremony in 1974, there were a total of 48 stores. Now, five decades later, the center has about 100 shops, restaurants, theaters, and services listed on its website.

QKC is home to the island’s only department store, Macy’s, along with national brands such as Victoria’s Secret and Bath & Body Works, as well as local brands such as Hoʻomana, Nā Koa and OneEighty.