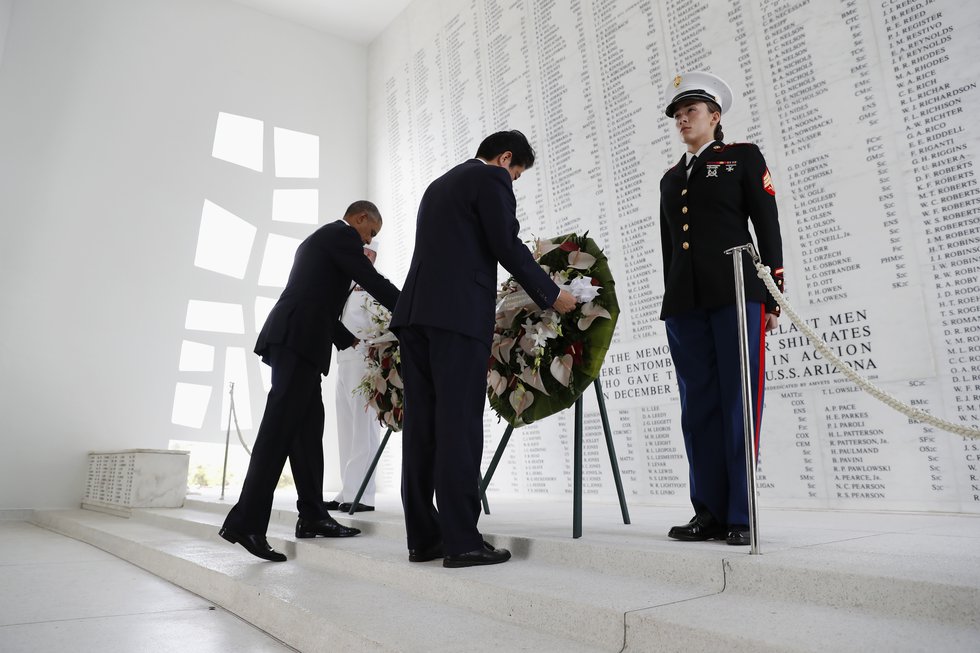 HONOLULU (HawaiiNewsNow) – Former Japanese Prime Minister Shinzo Abe’s last trip to Hawaii in 2016, to mark the 75th anniversary of the attack on Pearl Harbor, was an important and unprecedented visit that underscored the strength of the relationship between the U.S. and Japan and the Distance expressed by the two nations have come since World War II.

Abe, who was assassinated Friday, was Japan’s prime minister at the time of his visit to Pearl Harbor. Although he wasn’t the first Japanese guide to visit the site, he was the first to set foot on the memorial cataloging the victims of the attack.

In a powerful gesture of reconciliation, Abe joined then-President Barack Obama to lay a wreath at the USS Arizona Memorial and tell a gathered crowd that Japan “must never again repeat the horrors of war.”

Abe did not apologize for the attack on Pearl Harbor during his visit, but said the visit was an opportunity “to calm the souls of the victims.”

“As Prime Minister of Japan, I offer my sincere and eternal condolences to the souls of those who lost their lives here, as well as to the souls of all brave men and women whose lives were taken at the hands of a war that began here in this very place,” he said he using a translator.

His visit came months after Obama traveled to Hiroshima to pay his respects to the thousands who died there.

Obama wrote on Twitter on Friday that he was “shocked” and “sad” by the death of his friend and longtime partner – and will never forget the work they have done to strengthen US-Japan ties.

I will always remember the work we did to strengthen our alliance, the touching experience of traveling to Hiroshima and Pearl Harbor together, and the grace he and his wife, Akie Abe, showed to me and Michelle to have.

During the same trip on Oahu, Abe visited a memorial to those who died when a US Navy submarine collided with a Japanese high school fishing ship, the Ehime Maru, 15 years ago. Nine boys and men died when the USS Greeneville rammed the fishing boat off Oahu in February 2001.

US Senator Mazie Hirono also expressed her condolences and said she was shocked and deeply saddened by his death.

“As a Japanese-born immigrant, I join President Biden in standing with the Japanese people at this time,” she said in a statement.

“We will honor Prime Minister Abe’s legacy by continuing to work to strengthen our relationship with Japan, which is a key ally in protecting the security of the Indo-Pacific region and plays an important role in Hawaii’s economy and culture.”

Omicron subvariants BA.4, BA5 make up 18% of variants in Hawaii

The hottest travel trends for 2022, according to Viator