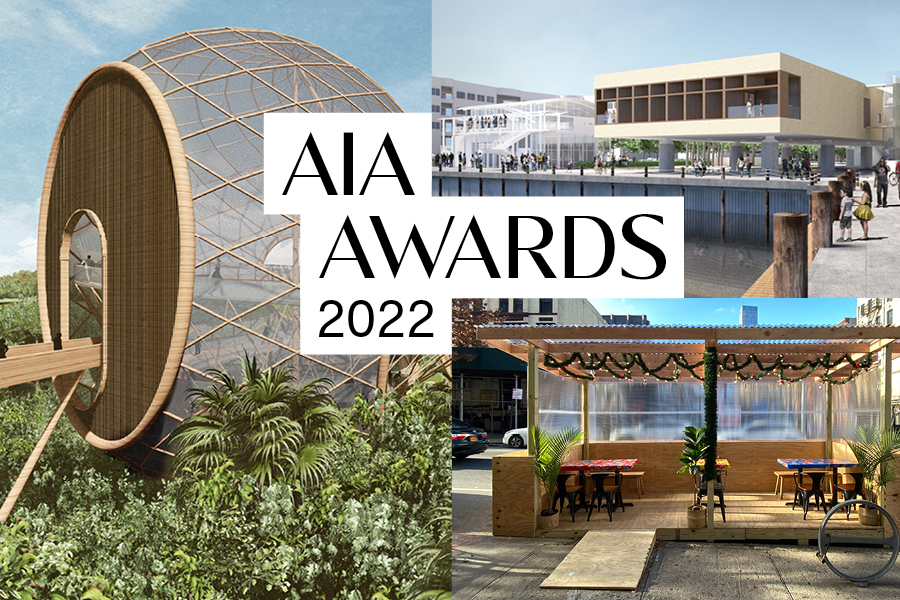 The American Institute of Architects announced three winners of its 2022 Collaborative Achievement Award, honoring the AIA New York Unified Task Force City and State, the University of Arkansas Community Design Center and Joseph P. Riley, Jr., Hon. AIA for “outstanding Design achievements” and their “beneficial influence on or advancement of the architectural profession”, according to a press release from the institute.

Formed in just 24 hours in spring 2020, the AIA New York Unified Task Force City and State worked hand-in-hand with the state government to respond to the COVID-19 pandemic and convert existing buildings into facilities that helped support the To ease the burden on New York’s overwhelmed healthcare system. The team of design experts, who came from AIA New York and AIA New York State, sourced over 1,000 buildings capable of providing additional life-saving beds and medical services for those infected with COVID-19.

As the pandemic has progressed since 2020, the task force has remained active and responded dynamically to the evolving challenges of the pandemic.

Founded in 1995 as an outreach branch of the Fay Jones School of Architecture and Design at the University of Arkansas in Fayetteville, the University of Arkansas Community Design Center is a national agency for urban planning and development. The Community Design Center has been directed by Stephen Luoni since 2003 and has received awards and recognition for projects including Rebuilding a Local Food Economy: Oahu, Hawaii on the island of Oahu, Hawaii, Re-Live Downtown Pine Bluff in Pine Bluff, Ark., and Building Neighborhoods that Build Social and Economic Prosperity in Kigali, Rwanda. The organization also received a 2014 Progressive Architecture Award for Fayetteville 2030: Food City Scenario.

Since its inception, the center, which also serves as an interdisciplinary education hub for U-of-A students, has assisted over 50 communities and organizations nationwide with planning and development and helped raise over $70 million in funding for the secure improvements.

Elected Mayor of Charleston, SC in 1975, Joseph P. Riley, Jr. helped spearhead the city’s transformation from a shrinking downtown to a vibrant cultural and social hub. Riley has continued to have a strong focus on the city’s public space and urban fabric, developing Charleston Waterfront Park, the redevelopment of the Gaillard Center and the currently under construction International African American Museum designed by Moody Nolan and Pei Cobb Freed & Partners was designed, promoted .

“A lot of times architecture is seen as elitist, you have to be trained or have a special interest,” Riley said in a 2015 interview with ARCHITECT. “But not long after my election, I saw visitors in town. They looked like retired workers and were seen admiring buildings. Beauty has no economic litmus test. It is a basic human need and instinct.”

More winners of the AIA Honor Awards 2022 can be found here.

Denby Fawcett: Farewell to the Masks – It’s been a wild ride