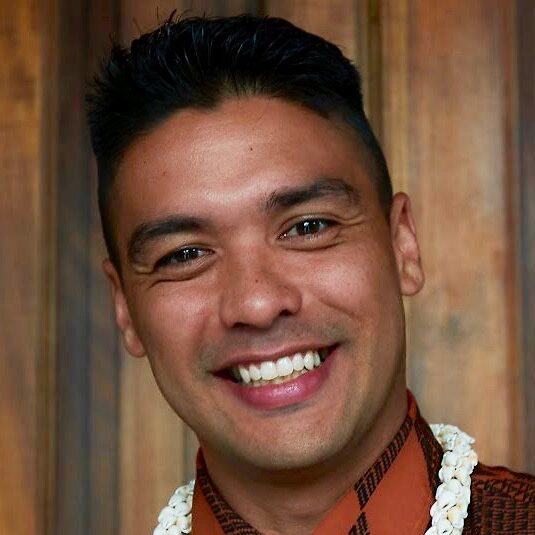 Editor’s note: For the November 3rd general election in Hawaii, Civil Beat asked candidates to answer a few questions about their position on various issues and their priorities if they are elected.

The following came from Lanakila Mangail, a candidate for the Board of Trustees on Hawaiian Affairs, Resident of Hawaii. The other candidate is Keola Lindsey.

Go to Civil Beats Election guide for general information and see other candidates on the General election ballot.

1. What do you think is the most pressing problem facing Indigenous Hawaiians? What are you going to do about it?

Securing access to safe and affordable housing is one of the greatest challenges for the Kanaka-Oiwi. Here in our ancestral homeland, whether through property speculation or the desecration of our holy sites, we are constantly exposed to forces that disrupt our connection with the Aina and undermine our ability to thrive.

Resolving this injustice requires immediate expansion of Kanaka housing options, including the return of Kuleana land to its rightful owners. As an OHA Trustee, I will work to create these opportunities by harnessing Kanaka Maoli’s health and wellbeing resources and maximizing their impact through partnerships with the institutions that manage these resources. This means taking the lead in building effective relationships within OHA, as well as with DHHL and our Hawaiian trusts.

Kanaka should never have to leave home just to survive; a creative, fair and responsible use of the resources available to us will enable us to reconnect with the Aina and restore the vitality that this connection brings.

2. What would you do to change the way OHA operates?

OHA is ineffective in that it works like a typical bureaucracy. As the manager of an agency that deals exclusively with Hawaiian affairs, its trustees have the option to abandon policies that further colonize their beneficiaries in order to truly improve their lives. This means that corporatist analyzes that place the highest value on institutional profits are rejected in favor of metrics that directly track the gains in health, wealth and sustainability.

The way the OHA manages the contractual system it relies on to deliver beneficiary services needs to be reformed, with more accountability throughout the process. I call for more transparency in the awarding of contracts and more professionalism in dealing with small companies and organizations that win them. The existing grant and reporting requirements are unnecessarily complex and burdensome; the fulfillment of these requirements should not amount to more than 2.5% of the award winner’s budget. When it comes to payments, the petty politics that often stall them must come to an end; Trustees must commit to voting on proposed grants / contracts in a timely manner.

With a sincere commitment to accountability at all levels, the investment OHA is making in Kanaka today will produce the highest return on investment tomorrow.

3. What would you do to fill the gaps within the Hawaiian indigenous community on issues such as building the thirty meter telescope or developing energy projects?

While exploiting the flaws in our current economic system is a popular tactic among developers and corporations who disregard our Aina, the notion that recent attempts to do so have created “gaps within the Hawaiian indigenous community” that are “bridging.” “Need to be unfounded. There are differences, and (just like everyone else on the planet) we are entitled to our Kanaka, but since these particular differences are created by outside forces that offer some short-term economic rewards, they will never share the legacy of aloha of all Hawaiians .

Kanaka, forced to choose between feeding their families and harming others in their community, are caught in a pattern of exploitation that must and will end. Regardless of how we feel about the TMT or Kahuku windmills, our shared vision of a circular economy that creates diverse and sustainable economic opportunities for everyone brings us together.

4. Do you support the construction of the thirty-meter telescope on Mauna Kea? Why or why not?

I do not support the construction of TMT on Mauna Kea. My main concern is the further destruction of this sacred Wahipana – a rare, fragile ecosystem currently protected as a wildlife sanctuary – but I am also concerned about the impact its successful completion would have on other valuable locations across Hawaii.

The disagreement of Hawaii Supreme Court Justice Michael Wilson over the state’s decision to allow the construction of the TMT warned of the dangerous precedent set when BLNR took the position that previous conservation area degradation was future degradation made acceptable. Like Wilson, I reject the perverse logic that first allowed 13 telescopes to be built on Mauna Kea based on the falsehood that none of them would have any impact on this sacred place, and then allowed TMT based on the claim that the Mauna had already been dismantled by telescopes.

Such blatant disregard for the laws that protect the places we care about cannot be tolerated. When homeowners in the Manoa Valley struggled to protect the Waahila Ridge Conservation Area from desecration by 30-foot power poles, no one branded them “anti-electricity”. Instead, they were celebrated. To applaud this struggle and at the same time humiliate the protectors of Mauna Kea is nothing less than racism.

5. Do you support the OHA, which financially supports Mauna Kea demonstrators?

Absolutely. OHA’s mission is to support the welfare of its beneficiaries and one of the most important ways to do this is by upholding Hawaiian culture. The financial aid from the OHA enabled the Kanaka-Maoli gathered on Mauna Kea not only to safely exercise their constitutional right to protest, but also to uphold their right to the protection of their ancestral lands. Providing this type of support is clearly the culeana of the office.

6. What role should the Department of Hawaiian Homelands play in reducing homelessness?

DHHL’s mission is to “effectively manage the trust in Hawaiian Home Lands and develop and deliver land to indigenous Hawaiians,” but the slow pace at which this mission is being accomplished is largely responsible for the high rates of ” Homelessness ”under Kanaka-Oiwi. contributed. The main reason for this failure is the DHHL’s fondness for colonial development models, with which it justifies its legacy as a developer of commercial real estate.

The department builds shopping malls to be able to afford to build subdivisions, with the money going to engineers and the construction industry in both cases. As for the “self-sufficient and healthy communities”, DHHL, for the most part, strives for Kanaka who manage to get a DHHL lease and are trapped in a lifestyle where they have two jobs just to make ends meet come.

By instead investing in eco-friendly communities modeled on Hawaiian cultural values ​​and providing that option to Kanaka who prefer that lifestyle, DHHL can better leverage the funding currently being used for capital-intensive, high-tech projects, food safety and Energy promote self-sufficient approaches with relevance to the future and faster delivery of land to Kanaka who need it most.

7. Why do you think Hawaiians are disproportionately represented in our prisons? What can you do about it?

What began with the illegal overthrow of our nation and the displacement of families from the land of ancestors continues in the form of foreign school practices that divide their culture, heritage, and identity one generation after another, and shut a pipeline of schools Create prison that destroys lives while enriching those who benefit from incarceration.

Alternative educational programs designed to reconnect Hawaiians with their culture are starting to make a difference, and OHA should use every opportunity to increase the number and reach of such programs, but it must also be there for those in state and state Embroiled in crime are judicial systems, speaking out against established bias in sentencing practice, allocating resources to more culturally sound and holistic diversion programs, looking for ways to improve prisoner care, and providing more support services for the Kanaka transition into their communities.

8. What do you think of Hawaiian self-determination?

Self-determination means creating our own way forward, envisioning the future that best suits us, and working together to make it a reality without the guidance, supervision, or approval of others. United States Public Law 103-150 clearly established the overthrow of the Hawaiian Kingdom as an illegal act that in no way deprived the Kanaka Maoli of their inherent sovereignty or their ancestral lands.

9. What other important topic would you like to discuss here?

At this time of awakening, when Hawaii is facing major challenges that the wisdom of its native people can better handle, for the generation that grew up with a strong cultural foundation in our home countries, it is not afraid to go to Kanaka Be, and fully able to use the colonizer mentality, not only to hear our voices but also to serve as guides.

Hawaii is many things to many people, but for those of us who have embraced the revitalization of our ancient cultural heritage, Hawaii is both our home and our kuleana. My decision to run for the office of OHA Trustee is based on the responsibility I feel for making the best and highest use of the values ​​I convey; it stems from my obligation to seek justice for those who sacrificed their land, language and identity in order to survive.

The strength and inspiration I draw from my predecessors fuel the determination and innovative thinking I bring to the position of Hawaii-based Trustee. We can let go of the fears and prejudices that choked us in the past and create a better future for ourselves and our Keiki.