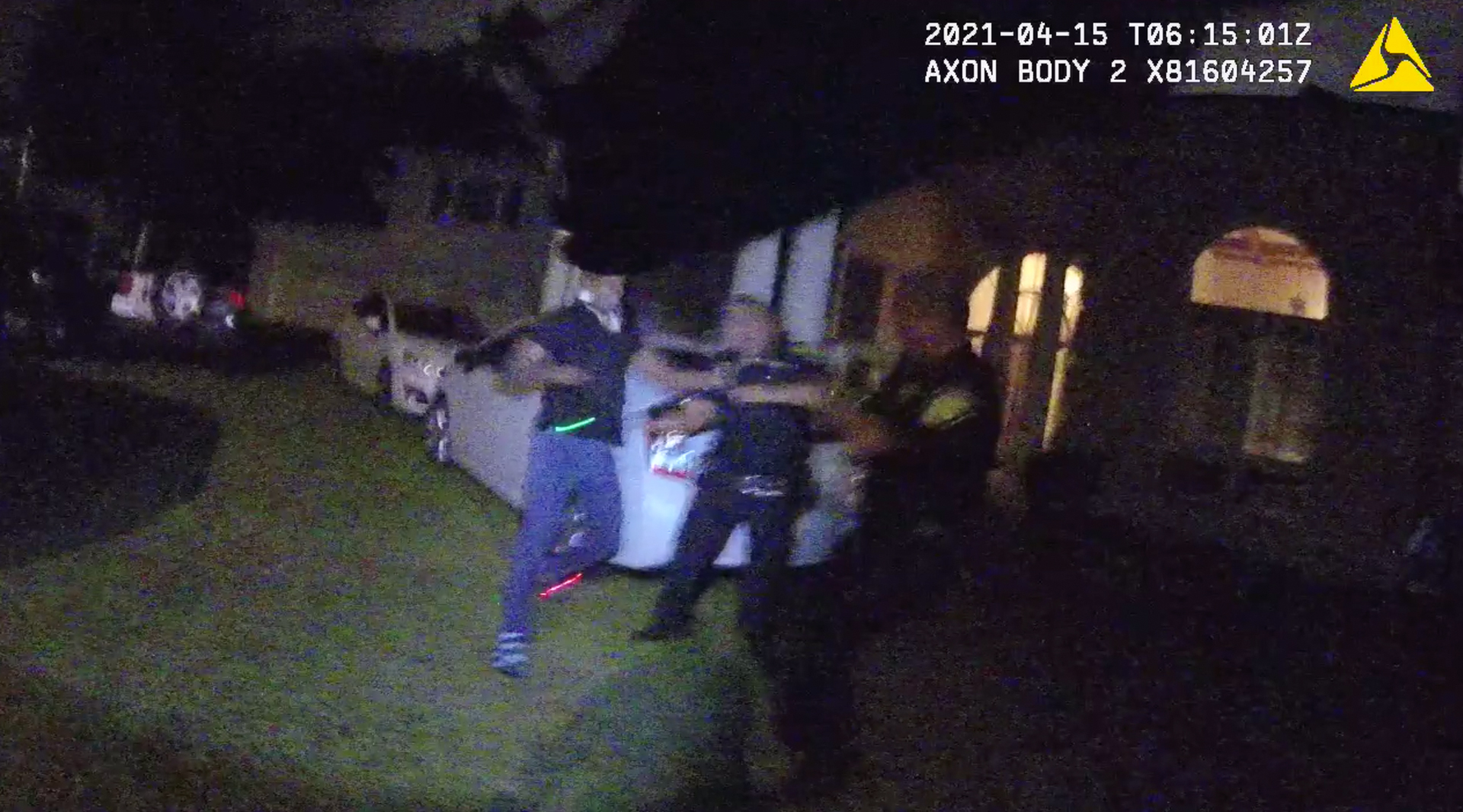 The city is ready to pay the legal costs of two Honolulu police officers who were sued in connection with the fatal shooting of Lindani Myeni nearly a year ago.

On Wednesday, the Honolulu Police Commission unanimously approved a taxpayer-funded legal defense for officers Garrick Orosco and Brent Sylvester, named in a wrongful death lawsuit filed a week after Myeni – an unarmed, 29-year-old South African national – was shot after entering a stranger’s home.

The lawsuit was filed on behalf of Myeni’s widow, Lindsay Myeni, and accuses officers of negligence for allegedly failing to come forward before shooting Myeni four times.

Chin added that he was inclined to authorize a publicly funded legal defense for the officials after reviewing a recommendation from the city’s attorneys to the commission. He also cited the commission’s rules, as well as state and county laws that require them to provide officers with legal representation in cases arising from actions taken by officers on duty.

Chin, along with the rest of the commission, agreed that the officials were acting within the limits of their jobs. However, he said a jury might disagree.

“If I were ever a juror in this civil trial, I might feel very differently,” Chin said. “Maybe then I would see all the evidence and I would see everything that is released in relation to what actually happened, but at the moment I only have one complaint that says a lot of very negative things about how the department and the officers behaved and then I see the department denying it.”

Police confronted Myeni shortly after he left the Nuuanu home. When confronted by a woman inside, he profusely apologized and left, according to doorbell footage that recorded the interaction.

The lawsuit alleges officers acted negligently when responding to a call about an alleged burglary and approached Myeni with no lights or siren on before shining a flashlight in his face on April 14, 2021.

Officers should have known that their lights flashing on Myeni’s face without explanation prevented him from recognizing them as police officers, the lawsuit said. For this reason, Myeni, who feared for his life, decided to resist arrest, the ad said.

Honolulu District Attorney Steve Alm announced in July that the officers in the shooting were justified and cleared them of the charges. He added that his office found no evidence that race was a factor.

Alm said Myeni punched one of the officers, who pointed a gun at him and told him to get on the ground. One of the officers used a taser, but Myeni continued to hit police before he was shot and killed multiple times, according to Alm.

In December, the state’s independent review board for law enforcement officers, charged with reviewing police shootings, made the same decision as Alm, recommending that the officers not be prosecuted.

The Honolulu City Council will decide at a future meeting whether the city will fund Orosco and Sylvester’s legal defense. It was not announced when this decision would be made.