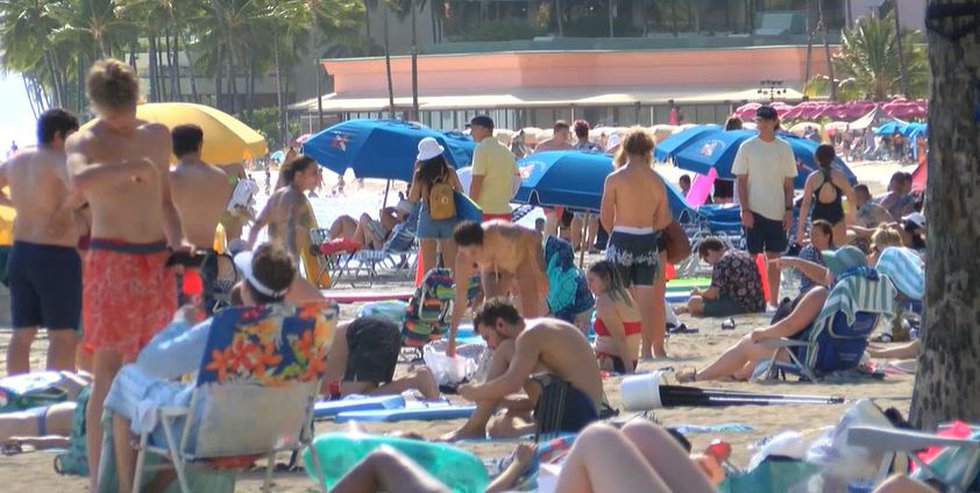 HONOLULU (HawaiiNewsNow) – Community leaders are backing a proposal that would bar chronic criminals who break the law in Waikiki from returning to the tourism district.

If the bill passes, the same rules would apply to other business and vacation districts. to.

The effort follows a string of high-profile crimes in Waikiki over the past nine months, including an arson that destroyed a surfboard rack in town and an attack that killed a tourist on the beach.

Robert Finley, chairman of the Waikiki Neighborhood Board, says that’s just the tip of the iceberg.

“We still have a whole group of people who feel their job is to steal stuff from our convenience stores, scam tourists, threaten our residents. And I think HB1502 will help,” he said.

Under the measure, individuals convicted of four misdemeanors in the same business or recreational area will be barred from returning. Exactly how long is still up for debate. Anyone caught returning would face another offense punishable by up to 30 days in prison.

The rules do not apply if the sentenced person lives or works within the district.

While the idea for the law was originated by Waikiki residents, if passed, it would apply to all of Oahu‘s business and recreational areas.

“We have families and seniors who are afraid of becoming victims,” ​​said state assemblyman Adrian Tam, representing Waikiki and Ala Moana. He said residents had partnered with HPD for neighborhood patrols to deter criminal activity, but more was needed.

“Members of the patrol have located 85 repeat offenders, all arrested and subpoenaed in Waikiki, and the number continues to grow,” Tam said.

Meanwhile, some opponents of the bill say it sets a dangerous precedent.

“I think the last thing Hawaii wants to be is a place where there are certain enclaves where locals aren’t allowed in for whatever reason,” said State Rep. Matt LoPresti.

The attorney general’s office is also opposed, saying the proposal undermines existing laws meant to do the same.

“If geographic restrictions are not recommended by prosecutors, that is an issue that can be addressed with prosecutors,” Deputy Attorney General Adrian Dhakhwa said.

“Unless judges impose geographic restrictions on these types of defendants, that’s also an issue that can be addressed separately.”

It is unclear whether the measure goes much further. While passing its second hearing, it received an unusual number of no votes.