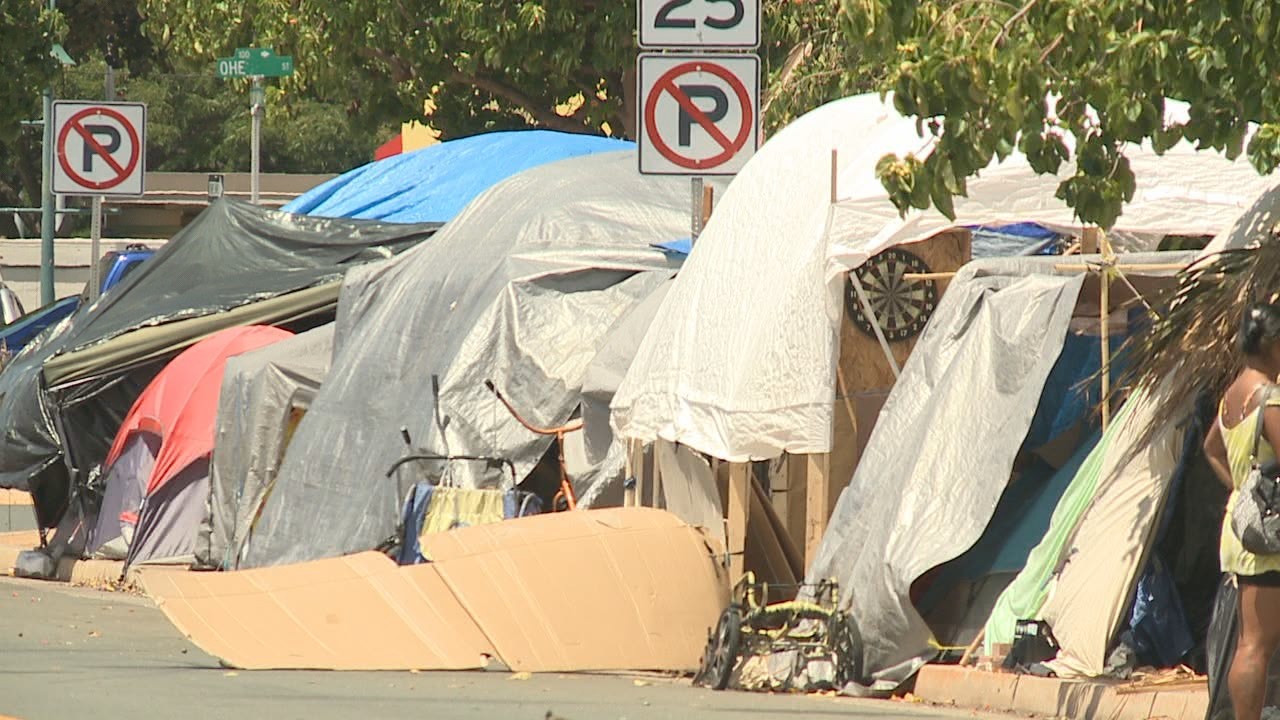 HONOLULU (KHON2) — Whether homeless people hail from Hawaii or have moved here without a home, the help they can receive is undergoing significant change. What works? Always Investigating followed the crisis on the streets.

A changing approach is bringing together state, regional and nonprofit efforts to address the root causes of homelessness, but a lack of shelter and affordable housing remains an obstacle.

We’re seeing it across the state: more people are living in more places outdoors, with no shelter, clean clothes, or adequate food.

“We don’t have to be homeless to experience the housing crisis,” said Trish La Chica, executive director of the Honolulu County Mayor’s Office of Housing. “The perception is that there is an increase in homelessness and an increase in visible encampments.”

Service providers who conduct an annual point-in-time census found a 7% increase in vulnerable homeless people in neighboring islands since the last pre-pandemic survey in 2020. The Oahu Census will be released next month

“We’ve seen a shift over time,” said Connie Mitchell, director of the Institute for Human Services. “Before I started many years ago, there were more people in shelters than homeless. But now we are seeing more people without protection.”

One reason for this is a gradual decline in emergency housing over the years on Oahu, coupled with a growing need for affordable housing for all families.

“We need more shelter, and that’s a priority for the city,” said Dr. James Ireland, Director of Honolulu‘s Emergency Services Department. “We maintain different models, including more non-profit support for shelters. We also talked about having a city emergency shelter that is run and funded by the city. I think everything is on the table.”

Crisis on the streets: stemming the tide of homeless people

Aside from restoring shelters, there are things that are working now like Crisis, Outreach, Response and Engagement, the city’s EMT-based effort to address homelessness issues.

“It connects them to medical services, addiction and mental health services,” Ireland said. “And we’re really trying to reduce 911 calls and our pressure on the police and ambulances.”

Concerned neighbors and businesses—even the homeless themselves—can call CORE (808-768-CORE) along with, or instead of, the police or an ambulance. A converted park building gives CORE headquarters in the heart of Chinatown, where the homeless population is said to have dropped by 50% to 75% in just a few months. A second location comes after Iwilei.

“We now have teams going to Waikiki. We recently went to Windward Oahu,” Ireland said. “We’ll be heading to Waianae on the West Side this Friday this week and then probably to the North Shore in Central Oahu next month.”

Another working program is HONU, created by the Honolulu Police Department.

“You don’t see that in the rest of the nation where police officers play a role in apartment navigation and offer that compassionate approach,” La Chica said, “but one person lived under the Nimitz Bridge for 30 years and went into HONU and eventually got to a place he could call home.”

IHS is stepping up its efforts to address the drug use and mental illnesses that keep so many people in cycles of homelessness and contribute to violence.

Visitor kicked between legs, knocked down while waiting for car

“We go to court for guardianship and community treatment orders,” Mitchell said. “We’re requesting more of these and trying to increase the number of people who have actually taken medication.”

HIS has placed more than 40 people on medication, nine in guardianship and 14 in treatment. CORE also plans to hire a psychiatrist and nurse with this background.

“I think that potentially this can prevent people from becoming unstable in the community and we see these acts of violence in acute psychosis,” Ireland said.

The multi-faceted and symptom-based approach is a major shift from a “Housing First” effort who have dominated politics in recent years.

“Housing First still matters, and we still do,” La Chica said. “But a clear focus for this administration is to look at it from a systems perspective. In terms of system technology, we know that simply providing an apartment or shelter is not enough.”

Finding permanent housing for the homeless that they can afford and adhere to is the ultimate goal and a requirement in government contracts with service providers.

“Before we started rolling out these metrics, only a third of people leaving homeless services moved into permanent accommodation,” said Scott Morishige, the governor’s homelessness coordinator. “Now it’s well over 50%.”