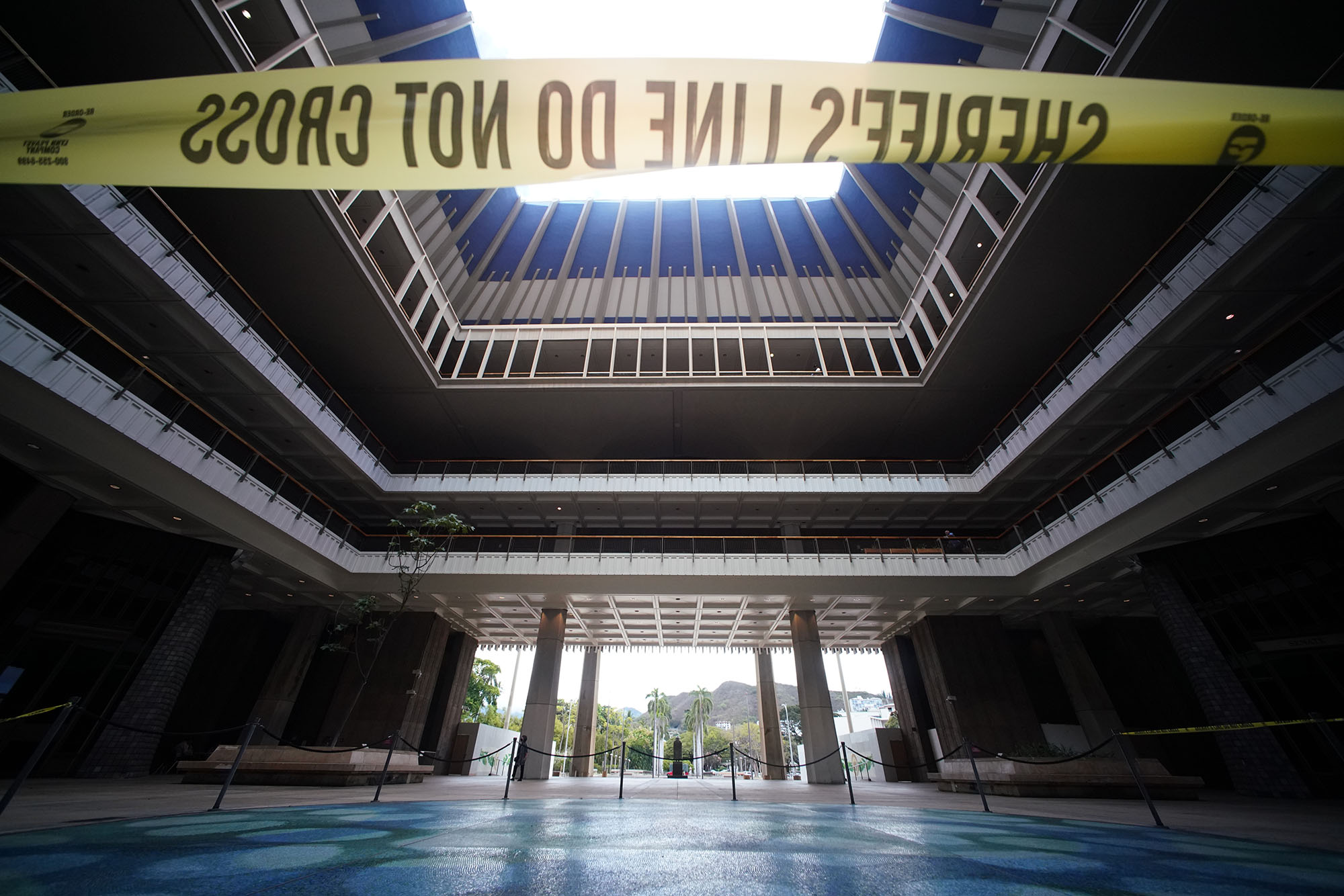 Danny De Gracia: Who will stand up and fight for all the people of Hawaii?

A few days ago, I was returning home from another brutally long day at work to find an extremely enthusiastic person waving a sign on the street in Pearl City. Curious as to which of Hawaii’s incredible decisions in the primary could possibly inspire such joy and sovereignty, I was disappointed when, upon closer inspection, I realized that the man was only holding a sign to advertise the sale of Delta-8-Tetrahydrocannabinol Products.

If we think about it, if we’re going to be really intellectually honest with ourselves, there really aren’t any incredible choices in the top race primaries here in Hawaii.

Between the union volunteers (or should we say “volunteers”) looking like disinterested zombies holding signs for candidates who have decided on their behalf to support their organizations early before the application deadline has even passed, or the anemic kind and way most Oahu residents have followed The Governor’s Race, I think the public understands that this elementary school is basically open and closed.

Elections in the state of Hawaii are historically decided in the Democratic primary. Josh Green, who has basically campaigned for governor since the day he became lieutenant governor, will most likely be the next governor of Hawaii. And his closest competitor, Kai Kahele, who entered the race too late, won’t move the needle very far. The result of this relatively static competition is that there is little incentive to think radically or act boldly.

Fast forward a few years to the 2018 election, 2014, 2010, and especially the 2006 election, and man, those were the party years. “Party years” as such were exciting, and actually quite relevant to being a member of a political party, for there were serious, sharp differences in ideology, competing visions of what Hawaii’s future should be, and an effort to at least try to talk about what was wrong with Hawaii.

Maybe Covid has burned out too many peopleor maybe the bad economy drove too many people awaybut now this year’s election can be summed up in a single word: “Meh.”

This is sad because while our choices are “meh”, the crises we are facing in our economy, cost of living, jobs, health, education and environment are absolutely dire. You’d think that problems fuel passion, and that our top candidates for federal, state, and local office would fight tooth and nail every day to take urgent action to save our country’s future.

Instead, it’s about monopolizing the buzzword “leader,” and being a leader in Hawaii in 2022 means making as few waves as possible to allow the status quo to continue.

I think these primaries are perfect if you’re comfortable with our status quo. But what if you’re not the kind of person who has the ear of our elected elite ruling class? Who speaks for you if you work on Kalihi Street rather than Bishop Street?

What if you’re not the kind of person who can afford to donate max at every candidate’s “birthday party” on Oahu? Who speaks for you when you’re more of a homeless man in rags with a rusty shopping cart in hand than a lobbyist in an Aloha shirt with a Kahala leaf print and a blue-faced Rolex Datejust?

We have a serious problem in Hawaii, where the gap between the haves and have-nots is widening. The state is broken, the system is broken, and the promises of a better Hawaii made to us by previous generations have been broken. We need candidates who are excited, restless, and ready to serve a cause bigger than themselves.

When few of those aspiring to higher office are moved by the plight of the average citizen, and things only get worse with each election, there is a sense that the game is somehow rigged and that there is no point in getting involved. Unsurprisingly, voting in Hawaii is apathetic, and Native Hawaiians in particular probably feel like no one cares about them.

I used to pride myself on never missing an election and always voting early, but now I’m beginning to understand how our native Hawaiian brothers and sisters must feel. Even retired four-star Army General and former director of the CIA, David Petraeus says he has not voted since 2002 and I’m beginning to wonder if all these people know some big and dark secret that I don’t know about when it comes to voting.

Look, let’s put everything on the table. Gas prices and food prices are skyrocketing. Most people cannot afford rent. Forget buying a house. Jobs don’t pay enough and there are unemployed people who have gone to dozens of interviews with overqualified resumes that can’t be hired.

Health care is broken, and no matter what our guides say, just try to make an appointment with a specialist on time.

Oahu’s public spaces look like trash in the shadow of massive multi-billion dollar development projects. This island and this state looks like a slum, with homeless people everywhere.

And where’s the action? Where is the initiative to change this? Do we just let things like this stand? Is the only thing that matters is running for higher office without actually fixing anything?

To the candidates running for state office, is this really the legacy you want for our children? increase it. We deserve so much better.

Hawaii Is Fast Losing in Popularity: Why Many Travelers Say They’ll Never Return