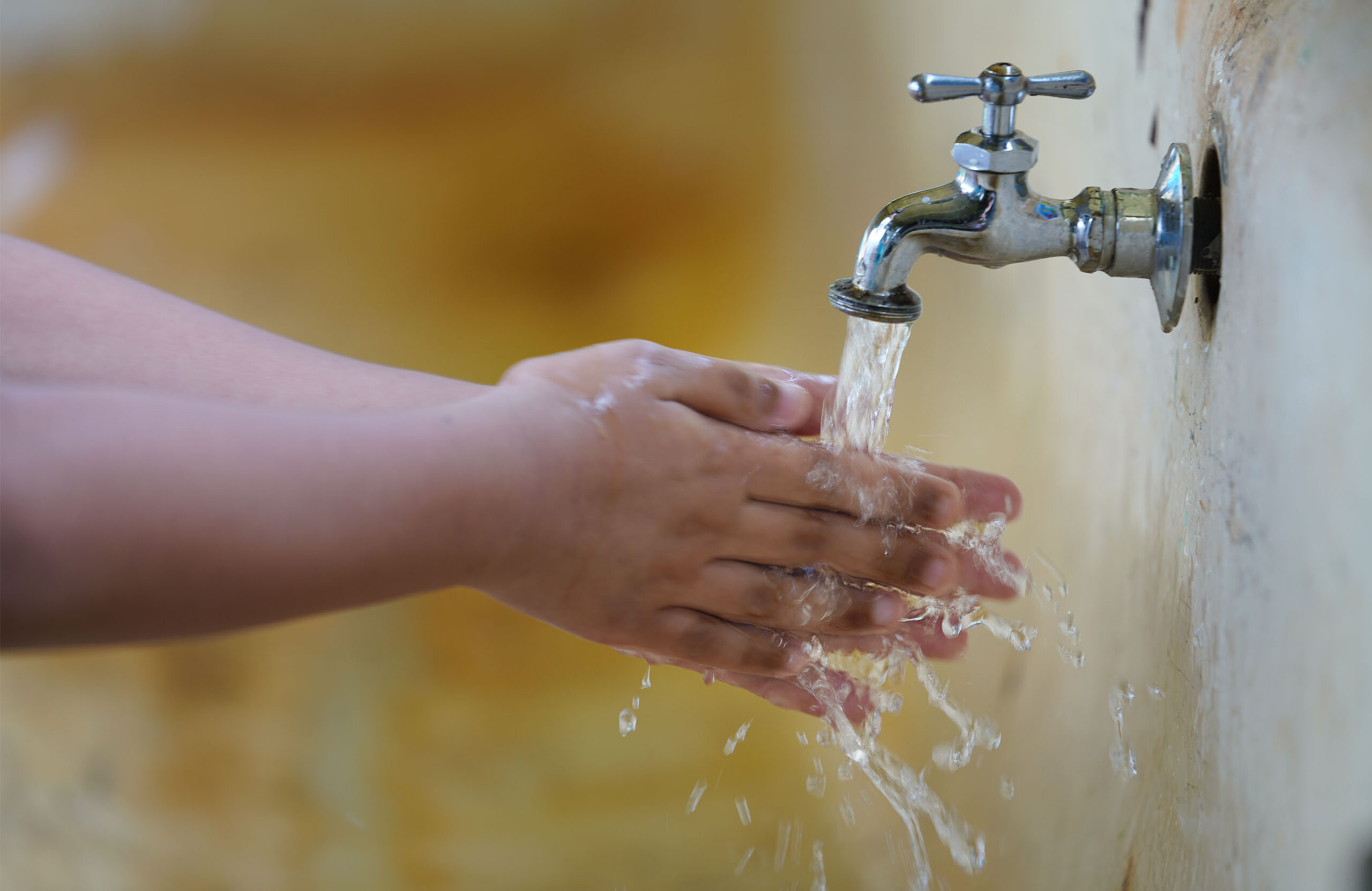 Does Hawaii have COVID-19 under control?

Hawaii appears to be entering a second wave of COVID-19 infection just weeks ahead of its scheduled reopening to visitors.

On the July 4th holiday weekend, more than 20 new cases were reported in the state every day for four days. There were seven new cases on Monday and 41 new cases on Tuesday – the largest increase in one day in Hawaii.

As August 1 approaches – the date travelers with negative COVID-19 test results can bypass the state’s mandatory 14-day quarantine – some experts are suspicious of the state’s ability to deal with the virus, when it keeps up with the current pace.

Thomas Lee, an epidemiologist and professor at the University of Hawaii, said the weekend’s events were worrying.

“Given the current trend of double-digit increases in cases, I fear we may reach a point where contact tracing is no longer able to contain COVID, especially when you factor in travel,” Lee said.

But even if outbreaks of cases in other states worsen, Hawaii officials say the Aloha State is in good shape, relying on the Department of Health’s ability to conduct investigations and hospital leeway to grow. Hawaii’s geography and demographics can also help.

“We are prepared and able to cope with the increasing number of cases,” said Governor David Ige at a press conference on Monday. “Hawaii is well placed to deal with COVID-19 as we consider reopening our economy safely.”

Changes in the spread of COVID-19

It was inevitable that the nearly month-long lull in new COVID-19 cases in Hawaii wouldn’t continue, local epidemiologists say.

The daily case numbers fluctuate, but are approaching the level of two months ago during the first wave of infections in Hawaii. At its peak, Hawaii recorded an average of 28 cases in the first week of April.

The curve appeared to flatten out in May. Cases picked up again in mid-June as certain restrictions on companies and activities were lifted.

While many of the recent cases were still associated with clusters – people reported becoming ill after attending family reunions without a mask, exercising in a gym, or having lunch with coworkers – Department of Health Director Bruce Anderson said on am Monday that a number of infections over the holiday weekend were unrelated to known cases or clusters, suggesting a greater prevalence in the community.

Over the extended holiday weekend, 78 cases were confirmed and while most were identified through contact tracing, many were new infections in people with no known contacts or connections, according to Anderson.

“What is worrying is that many of these were newly reported laboratory results from infections that are unrelated to current cases,” he said. “This is an indication that the virus is circulating in our community and is spreading to Oahu in particular.”

Lee, who currently serves as the chief COVID-19 forecaster for the COVID-19 Emergency Response Team at Hawaii’s Emergency Management Agency, pays close attention to the five- and seven-day averages, but said these averages are just a measure of them how Hawaii with the virus.

Lee is part of the Hawaii Pandemic Applied Modeling Work Group, or HiPAM, a collective of volunteers developing new models for tracking COVID-19 specifically for Hawaii that include geography, age, contact tracing skills, and rate of growth of known clusters – items are not always clearly from the daily Health Department reports.

Ige and Lt. Gov. Josh Green said at a press conference Monday that Hawaii’s hospitals have adequate capacity. There are only three COVID-19 patients in intensive care and only two on ventilators, according to Green.

Even so, Ige said he would consider extending a reopening date if things change.

“We are watching what happens and if we see conditions that we believe will endanger the health and safety of our community, we will extend the date to August 1st,” said Ige.

Many states have had to step back from reopening plans as cases increase. In Florida, infections have skyrocketed, hampering the state’s ability to trace contacts and making it nearly impossible to keep up.

In states like Florida and Texas, where new cases are being reported increasingly, contact tracing “doesn’t do much,” Anderson said.

“Where (contact tracing) really makes a difference are places like Hawaii where we have a fair number of cases to which we can respond quickly and appropriately,” he said. “We briefly saw a peak value of over 30 people per day and we were able to manage that with the then reduced workforce. We now have a lot more capacity. “

About 179 health ministry investigators are currently tracking down contacts. The DOH policy calls for contacting new patients within 12 hours and trying to call the people they have been in close contact with within 24 hours, he said, but the process can sometimes take days.

This capacity will continue to grow. Working with the University of Hawaii means hundreds of additional contact tracers will be available soon. The goal is to have as much preparation as possible by August 1, said Dr. Sarah Park, the state epidemiologist. Thanks to a new Healthspace application, the department is also working faster.

DOH is now testing everyone, including those in quarantine. This helps the state “to uncover cases that might otherwise have been unknown,” she said.

But she stressed that contact tracing is only part of the solution.

“We need the help of our community – that will get us out of this situation and keep Hawaii at the top,” said Park. “When our church doesn’t practice safe practices, it’s like walking on sand and letting the sand flow backwards. Despite what you do, you are still losing ground. “

National statistics often put Hawaii in a good light when it comes to the number of cases, deaths, and test rates per capita.

The Harvard Global Health Institute publishes estimates of how many tests should be done to either contain or suppress outbreaks.

It rated the COVID-19 outbreak in Hawaii as “mild” relative to the Aloha state’s population of approximately 1.4 million, according to a report by National Public Radio. To date, state officials have reported 19 deaths, which is relatively few for the state’s population compared to other states.

New data from the US Census Bureau, calculated based on demographic and socioeconomic factors, also suggests that Hawaii and its counties have a relatively low risk of COVID-19 when compared to other states and counties around the country.

The tool considers a community to be “high risk” when at least 30% of the population have three or more risk factors.

The data showed that a quarter of Hawaiian residents had three or more risk factors.

Of the four counties in the state, Honolulu had the highest risk, with 26% of the population having three or more risk factors and 66% having at least one risk factor.

The highest risk district within Honolulu was a small, mostly industrial area near the Port of Honolulu with a registered population of less than 300. 58 percent of that population had three or more risk factors, the data showed.

Kauai County had the lowest population with three or more risk factors at just 21%.

However, the census data may not be the most accurate representation of Hawaii’s socio-economic resilience and well-being during the COVID-19 era, said Eugene Tian, ​​economic research administrator for the Hawaii Department of Business, Economic Development and Tourism.

“It may not be comprehensive,” he said.

For example, it does not take into account some important factors, including industrial-based occupations and part-time workers, which make a huge difference in Hawaii, where large numbers of people rely on the tourism industry for their jobs.

Other factors that could have painted a clearer picture include the number of low-wage workers and the age of the unemployed, as many young junior workers are the first to be laid off, Tian said.

If these factors were taken into account, Hawaii may not appear as “resilient” on the national data, he said.

In return, Trump is trying to salvage parts of the coronavirus aid