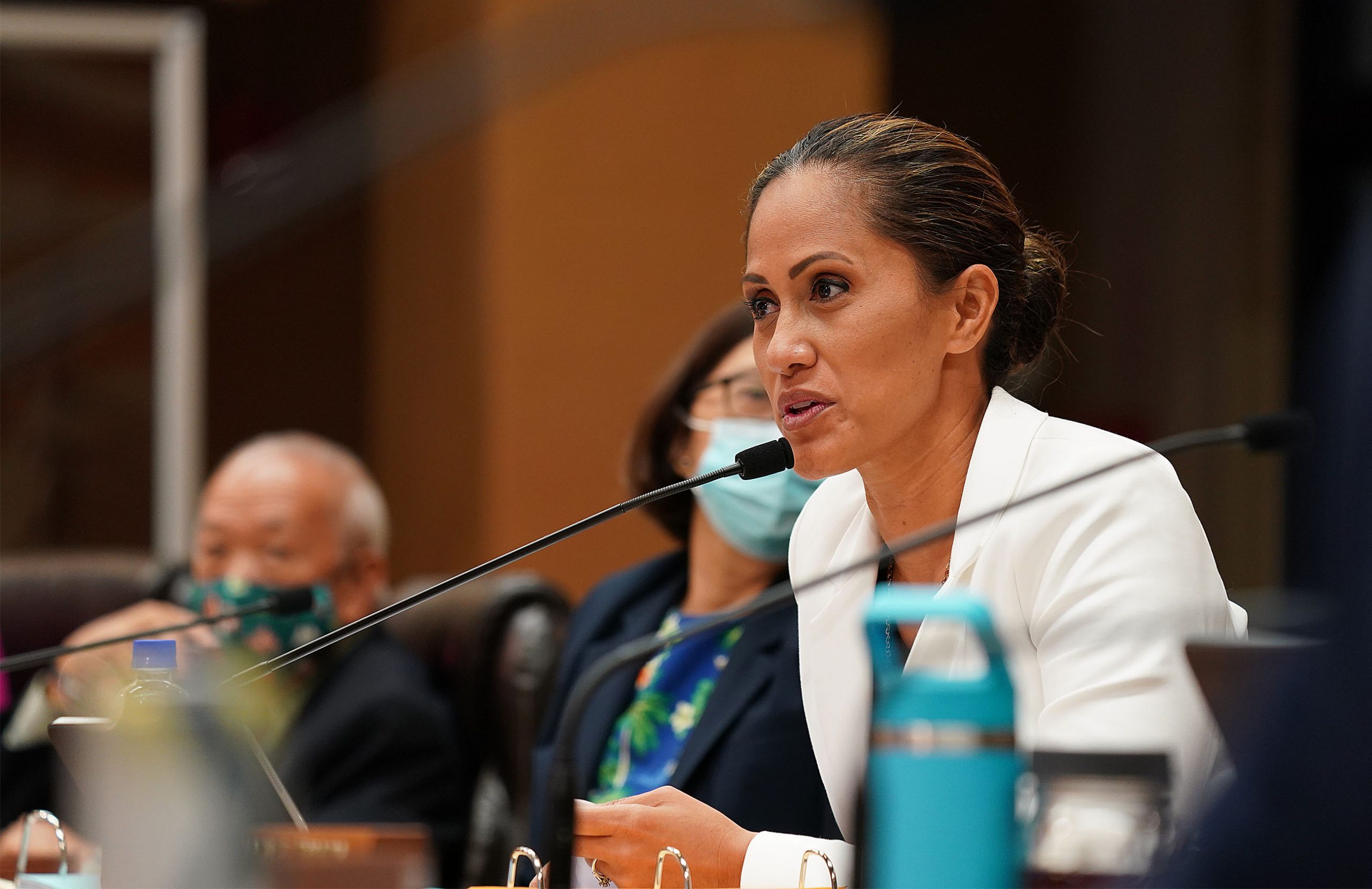 The Honolulu Police Commission has been in the news a lot in recent years, and for important reasons.

These include the ongoing scandal surrounding a former chief now behind bars, his severance pay, another chief released early after a poor evaluation, a time-consuming search for a permanent chief, concerns over the use of violent policies, and questions about the qualifications and political loyalty of the police commissioners themselves.

For these reasons and others, Honolulu City Council Chairman Tommy Waters introduced four proposed amendments to the city charter in February that would address the values ​​of the Honolulu Police Department and the qualifications of the police chief and police commission. The Commission, a civilian body, would also be given more powers to oversee HPD and its boss.

If the council agrees, voters would have the opportunity to vote on the changes in November. But only one of the measures was heard by Honolulu Councilwoman Andria Tupola’s Executive Affairs and Legal Affairs Committee. The other three ballot proposals were not heard at all, and Tupola said Friday all four measures are dead this year.

This is a real disadvantage for the public and they – or the Council – should reconsider.

The resolutions should be heard, debated and presented to the electorate so that they have the final say. There is still plenty of time – the deadline for adopting the resolutions for voting in November’s parliamentary elections is not before July 6th.

Here’s what the resolutions would do:

Resolution 22-29, the only one heard so far, proposes changing the composition of the seven-member, voluntary police commission, which has the power to hire and fire the police chief and oversee the HPD.

Both versions state that the Council believes that “a greater diversity of personalities, experiences, opinions and knowledge relevant to the important work” of the Commission “serves as a strong basis for fostering confidence in law enforcement in our communities.” would. ”

They also require that all commissioners “demonstrate empathy, integrity, sound judgment and the ability to work with individuals from diverse ethnic, social and economic demographics”.

And the Council also believes that “certain qualifications” for some members will “enable more effective oversight, ensure accountability” and be consistent with the Commission’s mission. This mission is to “improve police community relations and community trust in the police agency by eliminating conflicts of interest, encouraging cooperation between the police agency and the community, and promoting transparency, fairness and justice in the police agency.”

Resolution 22-29 received multiple testimonies in support of the amendments on April 19 and May 4. But all seven current members of the police commission testified together on April 19 that while they share concerns about police vacancies and difficulties in recruiting new members, changes to the city charter “must be carefully considered to avoid negative or unintended consequences”.

The commissioners also don’t like the idea of ​​adding work experience requirements, which ironically could make it harder to find qualified volunteers willing to serve on the commission, they wrote.

Resolution 22-29 also requires commissioners to publicly disclose any personal, professional, or financial conflict of interest “that might affect the performance of the individual” as commissioner prior to appointment.

Resolution 22-28 would allow the police commission to reprimand chiefs and suspend them with or without pay. The commission could also review the chief’s five-year plan for the department and make recommendations — including rejecting the plan and calling for a new one.

The resolution states that the Council believes that a stronger Commission “is in the best interests of the public and that providing greater powers will allow for more effective oversight, ensure accountability, will improve HPD and public safety overall”.

Meanwhile, Resolution 22-30 would require candidates for chief to have a bachelor’s degree, a commitment to modern policing, training in de-escalation and experience in strategic planning. The boss should also have no criminal convictions related to violence or dishonesty, and no past prejudice.

And the resolution would add “accountability, transparency and public service” to the HPD’s policy statement and require regular public updates to the community through “open and honest communication.”

The other resolution, 22-31, would expand the responsibilities of the police commission by requiring it to submit annual reports not only to the mayor but also to the council and chief. These reports would have to include the Council’s budget and policy recommendations, and also include public complaints about HPD.

Reached on Friday, Tupola said in a statement that her fellow councilors had raised concerns about Resolution 22-29. There would also be no action on the other resolutions while a city police review awaits completion.

“These are big decisions, and all of these proposals must ultimately improve the police agency and strengthen our criminal justice system,” Tupola wrote. “This was a short schedule and unfortunately there was not enough time to consider options before sending them to voters for further consideration.”

In fact, the Council still has several weeks to hear all four resolutions and implement them if it chooses. It would signal to the voting public that the Council does indeed care about improving policing on our island.

Voters have previously shown they care deeply about the Honolulu Police Commission and its work.

In 2016, 78% of voters approved a charter amendment that gave the commission more powers to curb problem officials and subpoena powers to coerce witnesses to testify and compel disclosure of sensitive information. The amendment also allowed commissioners to suspend or fire a police chief for drug abuse, a failure to properly command the department, or because his or her actions inspire a pervasive sense of suspicion and resentment among community members.

All of Waters’ proposed resolutions deserve solid discussion by the council and the community.

But unless the Council decides to engage in this discussion, these ideas will go nowhere.

If you think the public should have a say in who sits on the Police Commission and other issues, you can reach Tupola at (808) 768-5001 or [email protected]