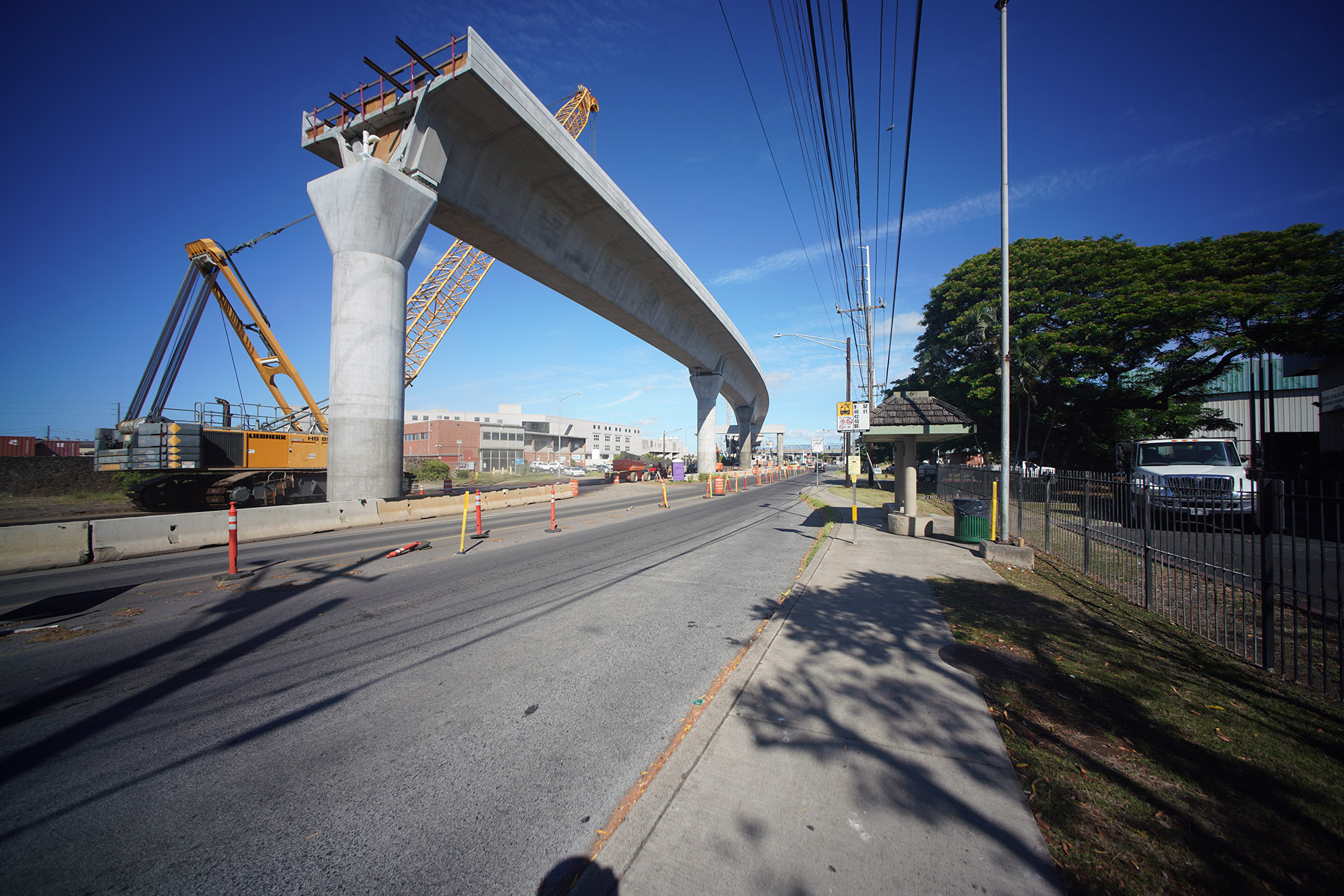 It has been more than three months since the city unveiled its latest plan to save the railroad, and it has yet to be approved by the Federal Transit Administration.

That has Colleen Hanabusa, executive director of the Honolulu Authority for Rapid Transportation, concerned — and impatient for a positive response from the project’s federal partners.

Without that approval, Oahu‘s troubled rail transit project will continue to be unable to access its nearly $750 million in remaining federal funding.

“We expected to have feedback on the recovery plan two months ago,” Hanabusa said Friday.

The plan’s financial assumptions are sound, and HART is using conservative estimates for its projected tax revenues to complete the rail, she said.

“I believe … there is sufficient funding” to build the shorter, nearly 19-mile line that HART has proposed in its plan, Hanabusa wrote. “The board is far from putting a stamp on the HART administration.”

“We understand GET and TAT” — the project’s two state sources of taxation, the general consumption tax and the temporary accommodation tax — “and have come to the projections that should be accepted by the FTA,” she added.

Hanabusa sent copies of her FTA letter to Hawaii‘s congressional delegation, Gov. David Ige, the state’s legislative leaders, the mayor and city council, among others.

No shortage of recreations

HART and the city have struggled over the years to obtain FTA approval for their various iterations of recovery plan as the multibillion-dollar project has repeatedly encountered skyrocketing costs and budget constraints.

The local railway authority submitted at least five versions of a redevelopment plan between 2016 and 2019 and only secured FTA approval in September 2019. Even then, the FTA did not agree to turn over the rail’s remaining $744 million to Honolulu until HART made further progress to keep the project on budget.

HART’s recent leadership under Executive Director Lori Kahikina has publicly stated that the relationship between the railroad authority and the FTA has improved significantly compared to what Kahikina said “rocky” one before her arrival.

at the beginning of JuneKahikina and HART submitted The latest rail rehabilitation plan about a month before the FTA deadline. The largest infrastructure project in Hawaiian history is expected to generate approximately $6.4 billion in GET funding, $1.1 billion in state TAT funding and $488 million in city TAT funding becomes.

However, the FTA and Hill International, the consultant it has hired to oversee the railroad on its behalf, disagree slightly with HART about the costs – specifically how many millions of dollars in contingency reserves are needed to support the transit system, according to the local project officials to be completed.

“What we are arguing about is the basis of the risk assessment,” HART Board Member Michele Chun Brunngraber said at the group’s August meeting during a brief update on the remediation plan. “We’re stuck with that now.”

“My understanding is that she (Fernandez) wants that to be done by the end of the month, the recovery plan,” Kahikina told the HART board. “They’ve already told us to start modifying your full funding grant agreement” because “they want that done.”

Not all board members share Hanabusa’s optimism that the railroad will generate the necessary revenue to reach Kakaako. In June, Natalie Iwasa, a legal representative of the board, joined former HART board member Joe Uno in sending a joint memo to the FTA outlining her concerns about the recovery plan.

Uno and Iwasa, who noted to the FTA that she was writing in her individual capacity and not as a board member, told the FTA that they were concerned that HART’s latest tax revenue and passenger projections were too aggressive.

“Membership of the HART Board of Directors … has provided us with insights that we believe you should consider as you review the plan,” they wrote.

Meanwhile, in her September 12 letter, Hanabusa told Nuria that she was writing “directly in response” to Iwasa and Uno’s June memo to clarify the HART Board’s position.

“It’s always disturbing that they claim they acquired their knowledge in their board role,” Hanabusa told Nuria.

On Friday, Iwasa questioned Hanabusa’s characterization. “All of this information is public. There is nothing in our June 18 package that was obtained in confidence,” she said.

Iwasa, who questioned HART’s financial assumptions for years before joining the board, said she wishes the group would allow for dissent, similar to other agencies and courts. Instead, each time she disagrees, she must emphasize that she is doing so as an individual.

“Queen Hanabusa makes it sound like we stole some confidential information, which is her way of misleading and discrediting,” he said in an email Friday. “The truth is that everything we’ve written is in the public domain and mostly just common sense.”

FTA officials did not respond to questions about Hanabusa’s letter. Hanabusa said she received “not a word” back from HART’s federal partners, even to acknowledge receipt.

Still, she passionately pleaded for the necessary permits to move forward with the project, which is now estimated to cost about $10 billion.

Read Iwasa and Uno’s earlier memo to the FTA here:

Hawaii this week – in 13 pictures