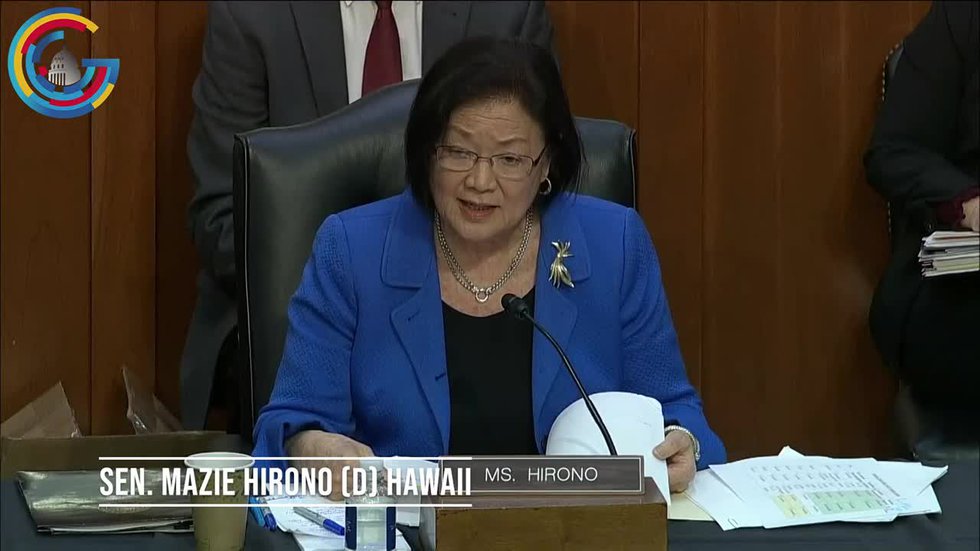 WASHINGTON (Gray DC) – Judge Ketanji Brown Jackson is facing questions from both Democrats and Republicans about her record, qualifications and philosophy that will bring her to the US Supreme Court.

Nearly 9 hours after Jackson’s marathon interrogation began Tuesday, it was time for Sen. Mazie Hirono (D-Hawaii) to take the microphone. She focused on Jackson’s legal philosophy, particularly when it comes to precedent and fairness.

“What do you do to ensure you remain independent of partisanship when handling a case?” said Sen. Mazie Hirono.

“In the beginning, that’s me,” Judge Jackson said. “Aside from my personal views that I might have on the parties about the issues, as I also said in my DC circuit acknowledgment, it doesn’t matter to me. Whether the argument is being made by the President of the United States or an inmate on death row. I look at the arguments, I look at the facts. I apply the law as neutrally and consistently as possible.”

If Jackson is confirmed, she will replace Justice Stephen Breyer, who is retiring. She would also be one of the youngest judges on the bench.

The questioning of senators is expected to continue throughout Wednesday.