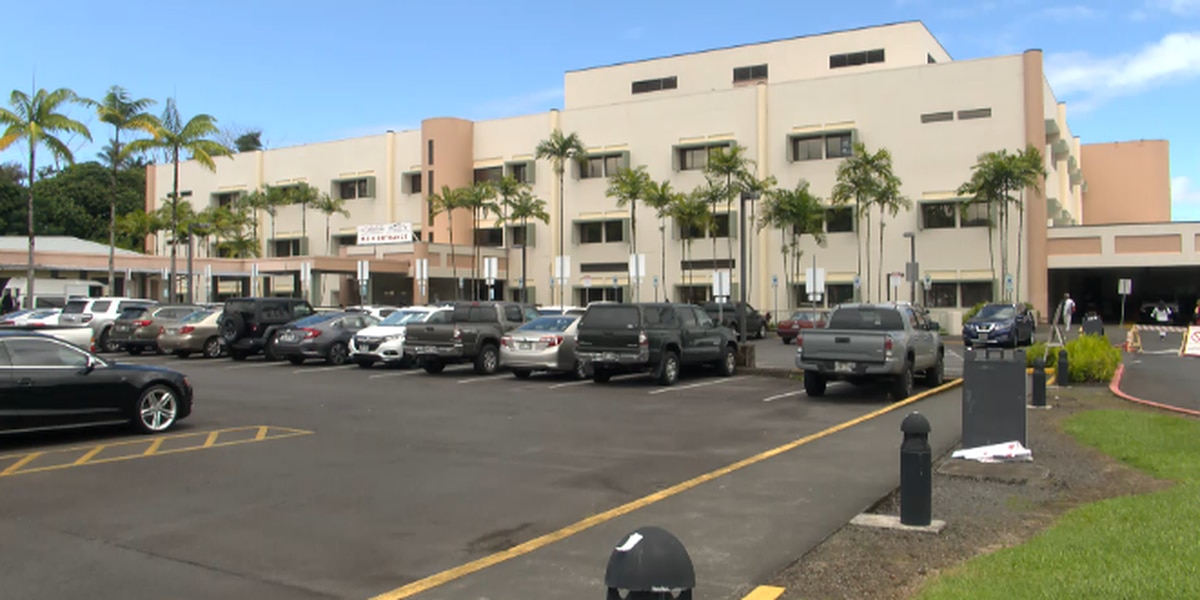 HILO (HawaiiNewsNow) – Officials at the Hilo Medical Center say the facility is in dire need of more beds and frontline nurses as the number of people in the community has surpassed the hospital.

According to the Healthcare Association of Hawaii, Hilo Medical Center is the state’s least staffed hospital.

Hospital leaders confirm the facility has been overwhelmed and understaffed for more than a year. Nurses say these issues directly impact patient care.

At around 10:30 a.m. on a recent weekday, emergency room staff raced against the clock to prepare for a patient suspected of having a stroke.

The woman was pulled from the ambulance and taken immediately for a brain scan.

“It’s a bleed,” a nurse announced to a room crowded with nurses standing by.

A caregiver calls out, “Start the Cleviprex.”

“She squeezed my hand a bit,” said one of the many nurses standing by the patient’s bedside.

Seconds later, another nurse called a doctor: “I think she’s having a seizure.”

But the reality is – there are times when caregivers are pulled away. And in this job you don’t always get a second chance.

“It’s the fact that we’re so full. We can’t take care of all our patients and it hurts because we just don’t have room for them anymore.”

Nowadays they come from everywhere.

“We have outgrown our hospital”

In addition to serving the communities along the 80-mile stretch from Honokaa to Kau, the Hilo Medical Center has become the focal point for patients that the Big Island’s smaller hospitals are not equipped to serve.

It doesn’t stop there.

Sometimes people from other parts of the state are also flown into Hilo.

For more than a year, the facility with 166 beds has not only been full, but also overloaded by up to 30%.

That means there are days when staff have had to find additional space for up to 50 people.

“It’s not fun for patients,” said Tyler Sumner, an emergency room nurse at Hilo Medical Center. “In the emergency room, it’s common for someone to wait more than six hours.”

The once-empty hallways are now crammed with stretchers. The sick are constantly being pushed around.

“Out of 28 (ER) beds, sometimes 24 (patients) are waiting for beds upstairs,” Sumner said. “So you’re playing with four rooms.”

This is because it takes longer for patients to be discharged.

Officials say while some are healthy enough to be discharged, staff shortages at many of the island’s long-term care facilities mean they have to stay – until there’s a place to go.

Another problem is that many of those admitted are sicker than pre-pandemic patients – which is lengthening recovery times.

The problems have caused backlogs in almost all departments.

“We’re just so overwhelmed,” said Caitee McCallister, a registered nurse at Hilo Medical Center’s Progressive Care Unit. “If we come in – tomorrow morning. We see a whole list of patients waiting for us.”

Over in the ICU there are only 11 beds.

Dealing with a serious personnel crisis

Some patients are so ill that they need one nurse all the time – sometimes two.

But due to the severe shortage of staff, these caregivers are few and far between.

“Unfortunately, our patients have suffered as a result,” Mae said.

Currently, nearly a quarter of the hospital’s 335 nurses are travelers, flown in from the mainland. And even that is not enough.

She says some 12-hour shifts are so chaotic that caregivers are shocked.

“At the end of the day, we all just sit back and breathe a sigh of relief that we made it,” Mae said. “And that our patients pulled through.”

It’s a cycle that too often puts people’s lives at risk.

“If we can’t give our patients the attention they need, we screw ourselves up. (Thinking) oh if I could have been there for that — I could have done that,” Mae said.

Patients who should have had more time.

There are plans to expand the Hilo Medical Center for the first time in nearly 40 years. But the hospital’s bed expansion project is not yet underway.

The facility is currently seeking over $50 million in funding from the state Legislature.

Huy Vo has been appointed Director of Marketing Communications at The Ritz-Carlton Residences, Waikiki Beach