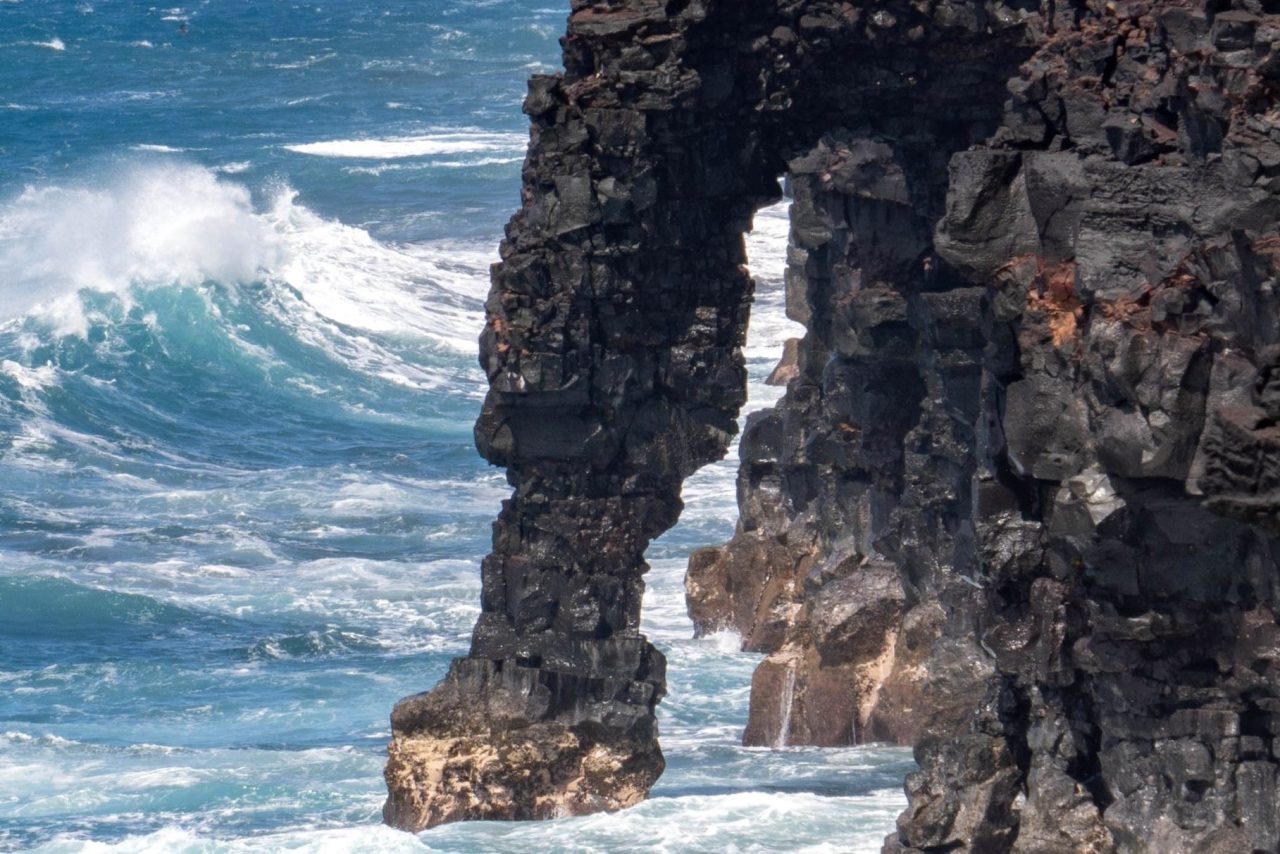 How long will Hōlei Sea Arch remain in Hawaii?

In the photos below you can compare the underside of the bow leg in each photo.

The first photo was taken on Sunday 17 July 2022. A large boulder seems poised to dislodge from the bottom of the leg.

The second photo was taken the next morning on Monday July 18th. The big boulder is gone.

According to Hawaii Volcano NP, it’s possible the arch could collapse into the ocean at any time without warning.

Your chances of getting bitten by a shark in Hawaii

They advise against going up the Hōlei Sea Arch. It has been closed for years due to instabilities such as earth fissures, erosion, and steep sea cliffs near the arch.

You can instead admire what may be a last glimpse of Hōlei Sea Arch from a safe viewing area off the cliff edge near the end of Chain of Craters Road.

Sea arches are beautiful and a temporary part of the ever-changing volcanic landscape. According to Hawaii Volcano NP, the Hōlei Sea Arch was formed when the Pacific Ocean plunged into an ancient lava flow about 550 years ago. Persistent wave action and erosion created the shape we see today.

Can you fly home if you lost your ID in Hawaii?

Sea arches like the Hōlei Sea Arch at the end of the Chain of Craters Road can be found along a wide stretch of Hawaii’s southern coast. These arches are remnants of what were once continuous sea cliffs, where lava previously met the sea and increased the size of the island.

However, the moment new lava cooled and turned into rock, it began to erode. Immediately the wind and water began to smash and break the cliffs.

The seas on the southern edge of Hawaii are known for their rough and violent surf.

Very slowly these eroding waves break apart and wear away the rock and carve sea caves in the cliff.

Ready to Vote? Ballots for the primary are now being routed to mailboxes on Oahu