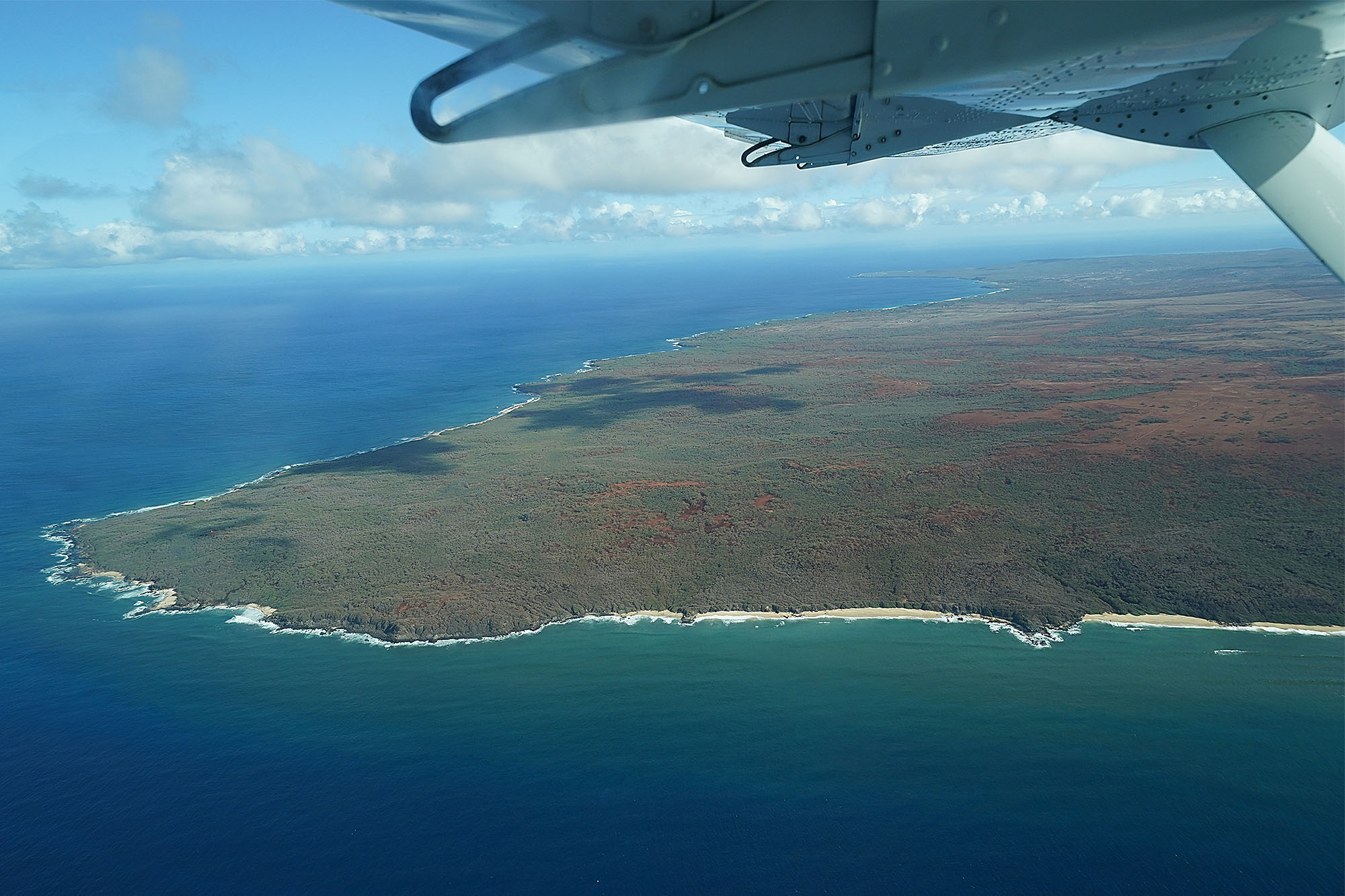 How Molokai can respond to tourism, gentrification and injustice

What’s missing from the map below? Tip: It’s the island of Molokai.

The map image is made up of portions of an old Hawaiian postcard that has been deconstructed and reconstructed to emphasize my point.

When people hear that I’m from Molokai, they realize more than ever how special it must be to come from a place where visitors need to be invited.

When I first heard this more than a decade ago, I was being polite to the small island of Molokai, which has a population of 7,400 and may have been confused with the privately owned island of Niihau, home to about 130 Hawaiians. Was it confusion?

A hand-painted sign in town reads “Tourists Not Welcome”. The other side of the sign reads “Visit, Spend, Go Home” and faces outbound visitors heading back to Hoolehua Airport. It’s been a few years now and the sign continues its prominent display from a homestead lot off the highway.

Before you jump on the bandwagon and debate the politeness of this particularly divisive sign, let’s instead realize that it’s a symptom of a community under pressure.

I’m here to report that the resumption of tourism after a two-year hiatus has sparked a concerned response from this community.

The real cause? gentrification.

Check out Zillow. There are no single-family homes for sale as urban exodus caused by long-distance work has resulted in people moving here.

We have an airline that we can no longer afford. Tourists eager to come back have snagged every discounted seat weeks and sometimes months in advance. More than ever, locals who need to book important trips are lucky enough to be able to find a vacancy at all.

Residents like me who work part-time off-island no longer have that option. Members of my own family have had major medical procedures postponed months due to seat availability and scheduling issues.

However, if you know Molokai, you know our tenacious resilience. We’re also known for being imaginative.

Over a dozen community members and leaders, including Senator Lynn DeCoite, Maui County Council Treasury Chair Keani Rawlins-Fernandez, and Hawaiian rights activist Walter Ritte, recently came together as participants in the Destination Management Action Plan, or DMAP, a statewide project promoted by Hawaii is managed by the Tourism Authority.

The conversation was, yes, heated at times (this is Molokai, folks). But when things finally moved on after several hours of debate, this rowdy group came up with something quite surprising.

The Molokai Group listed at least three points worth highlighting in their overtime:

The last overarching question? That these ideas will be taken out to the general public right out of the committee for the community to get involved and decide what’s best for them.

But will Molokai go away once it’s removed from the map?

Molokai had the lowest unemployment rate in the state during the pandemic. Sustainable Molokai, a local NGO known for its far-reaching sustainability efforts, has doubled its workforce to over 30 employees, with other organizations following suit.

We are witnessing the return of our youth participating in island-wide community building efforts that encompass conservation, agriculture, renewable energy and human resource development.

Taking care of the people, places and things we love – we are persistent in that too. As the special places in the world continue to disappear, Molokai’s ability to hold on to its values ​​is of great importance.

Molokai’s ability to stick to its values ​​is of great relevance.

In fact, Molokai moves away from one map and places itself on another. A map pointing to a place that isn’t necessarily a destination, but is a more familiar place: home.

I can’t pretend to know how things are going to play out here. But I do know that like us, there are communities across Hawaii that are suffering the pervasive effects of tourism, gentrification, and injustice.

So that you know that we are there too. That there might be creative alternatives to this idea that Hawaii has to be a destination for someone else from somewhere else.