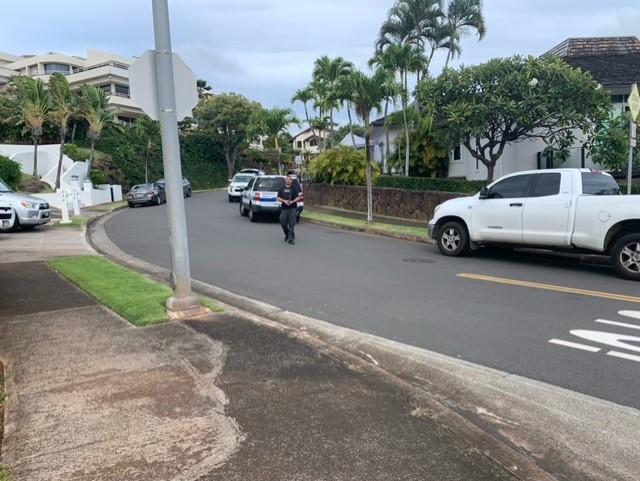 HONOLULU (KHON2) –– Honolulu Police Department confirm they are investigating a murder at a home on Lelekepue Place in Hawaii’s Loa Ridge.

Police were dispatched to the home around 10:30 a.m. Monday on a missing-persons report.

Get Hawaii‘s latest morning news in your inbox, subscribe News 2 you

Later that afternoon, missing persons detectives returned to the scene, where they met with a 23-year-old man who said he lives at the residence and was later confirmed to have had an intimate relationship with the missing person.

During investigations, a free-standing trough filled with a concrete mix was observed. A body that HPD believes was the victim was later found in a state of decomposition within the mixture.

The 23-year-old man was leaving the home with a 34-year-old man when the victim was found. HPD confirmed they are suspects in the case.

Both men were last seen in Waikiki around 1 a.m. Tuesday

Anyone with knowledge of the suspects’ whereabouts is being asked to call the police or CrimeStoppers.

According to Lt. Thoemmes will have an autopsy tomorrow.

Study: Maui’s agricultural acreage will drop 19% between 2015 and 2020 due to sugar production losses