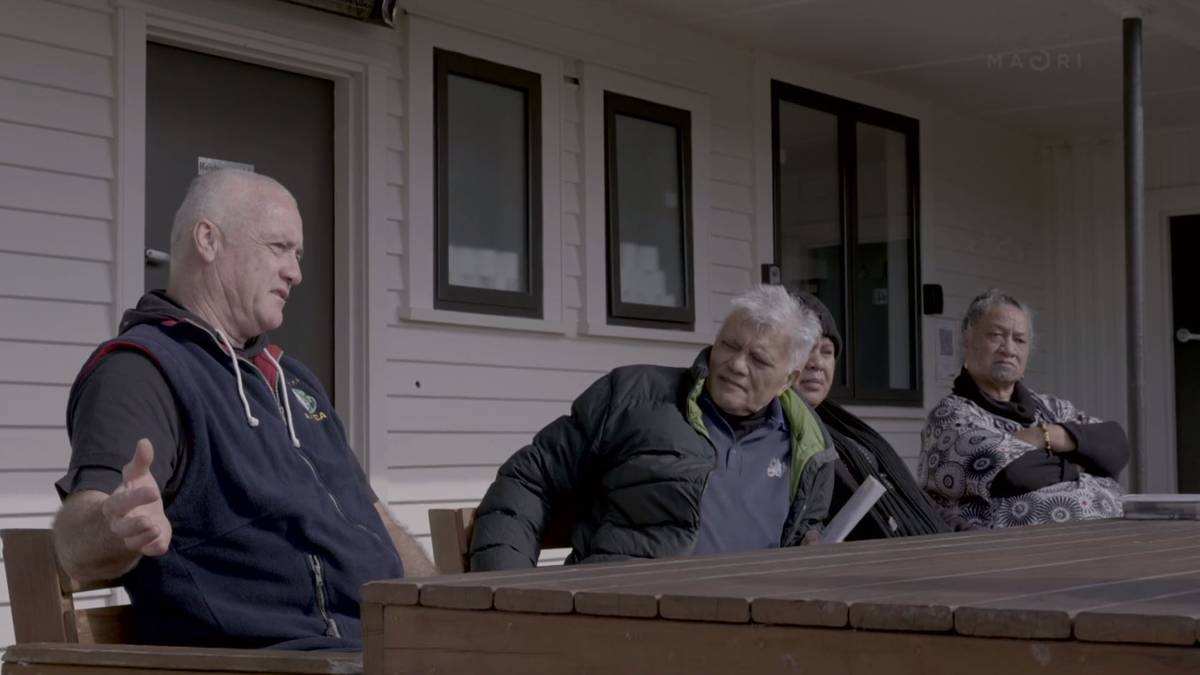 Kaitiaki Davis Apiti has dedicated the last 22 years of his life to protecting the endangered Māui dolphin. Video / Whakaata Maori

Kaitiaki Davis Apiti has dedicated the last 22 years of his life to protecting the endangered Māui dolphin.

The critically endangered Māui’s dolphin, or Pōpoto, is a subspecies of the already endangered Hector’s dolphin. Their habitat is along the west coast of the North Island, from Maunganui Bluff to Whanganui, and there are only 54 specimens left.

Fishing, disease, oil and gas exploration, boat strikes, mining, tourism and noise are all threats to Hector and Māui dolphins. Davis is most concerned about the commercial fishery and wants it banned from the dolphin habitat 20 nautical miles offshore along the west coast at a depth of 100m.

Apiti has been calling for the ban since 2008, when Ngāti Te Wehi campaigned with the Crown to protect Māui dolphin habitat. Apiti says the drop in numbers is like “waiting for a tangihanga.”

In 2016, Apiti brought a case before the Waitangi Tribunal for Ngāti Te Wehi, claiming that the government’s policy to protect the Māui dolphin violated Te Tiriti o Waitangi. But the lawsuit was dismissed.

The claim had an advantage. A new threat management plan has been put in place by New Zealand’s Department of Conservation and Fisheries, which bans commercial driftnets and trawls within four miles of shore, although Ngāti Te Wehi wanted a 20 nautical mile limit.

But Apiti says the reduced limit is a political compromise with the fishing industry. “It’s money. At the end of the day, it comes down to money.”

The plight of the Māui attracted national and international attention. In 2020, DoC and Fisheries reviewed the TMP and expanded the protection zone to 12 nautical miles, but still not to the 20 miles requested by Ngāti Te Wehi and others.

Apiti wants a 20 nautical mile safe zone along the west coast instead of the current 12.

Fisheries New Zealand spokeswoman Emma Taylor said all of the measures in the latest TMP 2020 were backed by science.

“The scientific evidence does not support a 20 nautical mile ban on gillnets. With current measures banning gillnetting for 12 nautical miles in the main Maui dolphin range, science tells us that any risk from fishing is almost completely removed.”

If the protection zone were further extended to 20 nautical miles, says Ali Brooks, a commercial fisherman from Kāwhia, it would deal a major financial blow to his business.

In reviewing the TMP 2020, four iwi fisheries from the west coast of the North Island were consulted.

One of the iwi fishing forums was Ngā hapū o Te Uru o Tainui, which represented the coastal hapū of Ngāti Maniapoto and Waikato.

He said during the TMP’s consultation that all fisheries forums have agreed that action should be taken to help the dolphins, but they also have a priority to protect Māori fishermen.

“Much of this support has been geared towards making sure the Department supports us [fishers] when these measures materialize and impact our livelihoods.”

If the protection zone were further expanded to 20 nautical miles, Brooks said it would mean a huge financial hit to his company, which has already taken a hit. When the 12-mile limit was enforced, he had to shut down.

“It just wasn’t able to survive in the fisheries anymore. So we joined another whānau up here in Kāwhia Moana and switched to trawling… If, for example, we were put out of business by further action now, it’s well over a million dollars in assets rendered useless.”

Brooks is concerned about the impact on biodiversity. Since the 12-nautical-mile ban, rig sharks have come closer to shore and eat more crayfish.

He says he’d rather see a balanced fishery that protects all stocks.

Brooks is also concerned about the number of Māori fishermen working along the west coast. He can only count a few who are still active in the industry.

“If we count the number of dolphins compared to Māori fishermen, we are much more at risk of extinction. Some people would say things like, ‘Oh, but commercially, that’s a pākehā concept’. We have been fishing for our people in our villages as long as we have come here. The commercial term is something imposed on us. We are traditional Māori fishermen at heart.”

But Apiti says it is not tikanga for Māori to want to fish in an area that should be protected for the survival of their taonga.

Scientists, government and companies are working together on a drone project to save the rare dolphin.

Brooks is one of many fishermen who are required to have cameras on their boats as a new conservation measure for Māui dolphins. There are also drones designed to locate the dolphins. But Liz Slooten, a professor of zoology at the University of Otago, says the cameras and drones are far from enough.

“Cameras on boats do nothing to prevent dolphins from dying in fishing nets. They only count dead dolphins, and drones are even less effective because they only ever see a very small fraction of the dolphin population. So it’s totally unrealistic to think that drones can protect dolphins.

“We really need to focus now on stopping this preventable dolphin death, and the best way to do that is by removing fishing nets from their habitat.”

At Aotea Harbour, Apiti says that if the Māui dolphin were to become extinct in its lifetime, it would be “staggering”.

“It’s a fight that few will fight and fight on. And for 22 years it was an uphill battle. It’s been a very, very tough fight but we know we’re here to the end – we’re there to the end.”