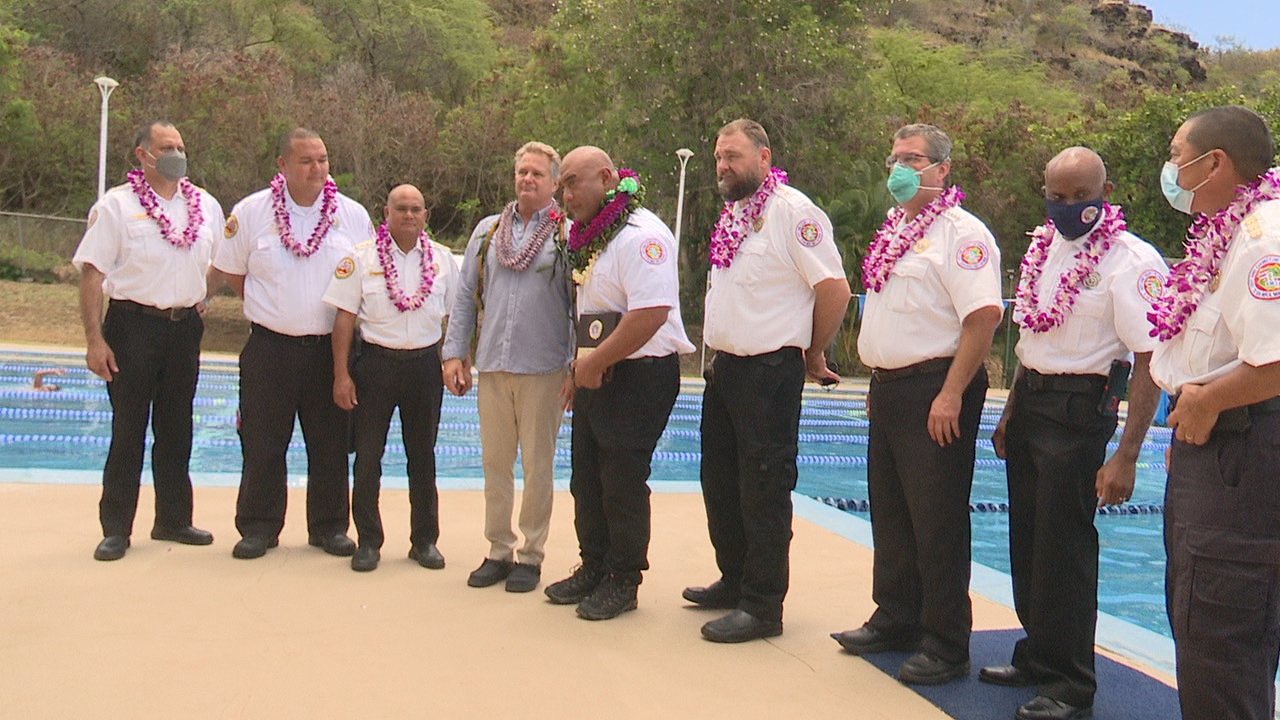 Lifeguard thanks EMS for saving his life

HONOLULU (KHON2) — A man who had a medical emergency in a pool thanked the people who saved his life on Sunday, May 15.

Norm Skorge did laps at The Oahu Club pool in Hawaii Kai with his wife Joy on Jan. 11. He said he didn’t feel well, and then everything went black.

He sank to the bottom of the pool when he went into cardiac arrest.

He was then pulled out of the pool by his friend and shortly after rescue workers began treatment.

Paramedic Mitch Kam and Paramedic Tina Craveiro were on duty that day. They treated Skorge and took him to the hospital.

EMS reported that the hospital performed stent surgery because a major artery in his heart was 90% blocked.

Two days later he was discharged from the hospital.

Skorge, 54, works with the Honolulu Ocean Safety Services as a lifeguard and communications lieutenant.

“My message today is that the ambulance system is working,” Skorge said.

Skorge continues his work as dispatcher and supervisor of Ocean Safety 911.

Honolulu Hale will be illuminated in orange, white and blue during National EMS Week from Sunday May 15th to Saturday May 21st.