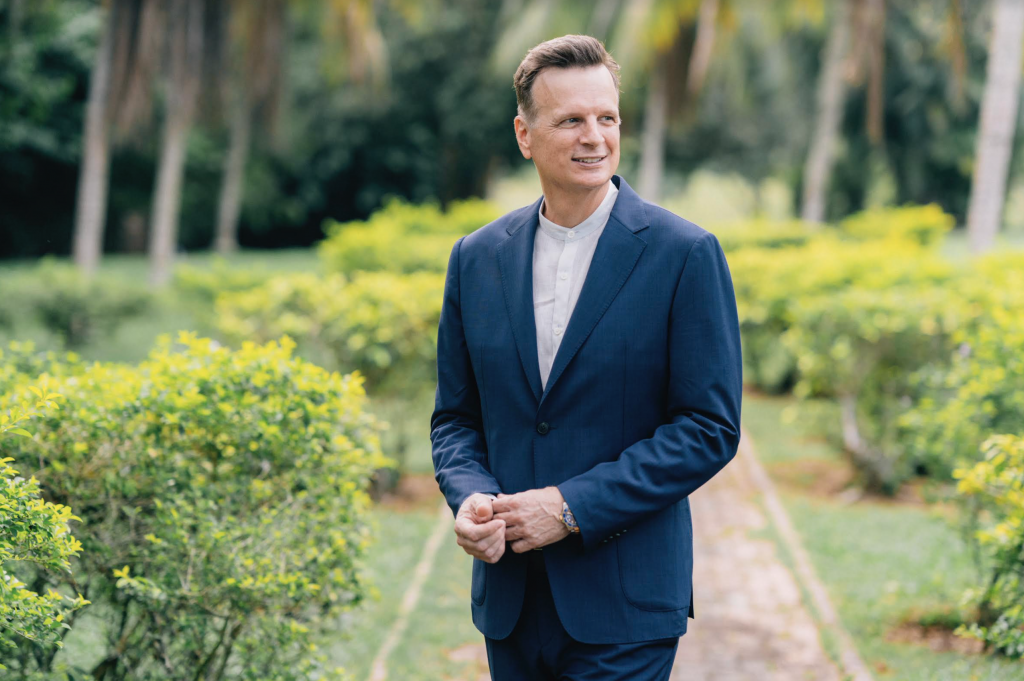 WATG, one of the world’s leading travel and tourism design companies, announced the appointment of David D. Moore AIA as President + Chief Executive Officer. Moore joined WATG in the company’s Honolulu office in 1989 and is currently the company’s chairman. Moore’s appointment came in February. He succeeds Anthony Mallows, who has headed the company with distinction since 2017. Moore is the first CEO of WATG based in the Asia Pacific region, a region where he pioneered the company in the 1990s.

Over the decades, WATG has designed and renovated numerous and notable projects across Hawaii that have contributed to the archipelago’s modern landscape and skyline. These projects include the Bank of HawaiÊ»i and the WaikÄ«kÄ« Galleria Tower; Hawaii Convention Center; Sheraton WaikÄ«kÄ«; Grand Hyatt KauaÊ»i Resort and Spa; Four Seasons Maui Wailea; The Ritz Carlton Residences, WaikÄ«kÄ« Beach and Spa; and the Hyatt Regency Maui Resort and Spa.

In his early years at the company, Moore worked with founder George “Pete” Wimberly and was instrumental in building the company’s presence throughout the Asia-Pacific region. As Managing Director of the Honolulu office, Moore led the opening of the Singapore office in 1997 and diversified the company’s portfolio to include urban, lifestyle and boutique projects. Moore served on the board of directors of the Hawaii State Art Museum and was a member of the Honolulu Chapter of the AIA. From 2002 to 2007, Moore and his late wife Kristen owned and operated Shanghai Tang.

Moore is currently certified by the National Council of Architectural Registration Boards in Honolulu, Hawaii. After living in Honolulu from 1989-1996 and 2001-2007, Moore moved to Singapore as Managing Director in 2008 to further expand the company’s business in the Asia-Pacific region. In 2018 he was appointed Regional Managing Director for Asia Pacific + China and opened the WATG office in Shanghai in 2018. He has been a member of the Board of Directors since 2011, most recently as Chairman.

Commenting on his appointment, Moore said, â€œI am honored to take the leadership role at WATG and have the privilege to have worked with Anthony for the past three years. On behalf of the Board of Directors, I would like to thank Anthony for his inspiring leadership. His contribution to WATG and Wimberly Interiors was exemplary and we will miss it very much. “

Anthony Mallows said, â€œMy time at WATG and Wimberly Interiors has been remarkable. I am really inspired by the dedication, creativity and passion of our talented designers around the world. David is a real successor. His commitment to our customers, our team and our partners is unparalleled. This year, which was unexpected and challenging in many ways, has given all of us time to reflect on what is really important in life. I look forward to spending time with my family, writing, and working on select sustainable initiatives around the world. I look forward to supporting David’s transition over the next few months and wish him and the company every success in the future. “

A graduate of California Polytechnic State University, San Luis Obispo, Moore brings more than 30 years of design experience to his new role, including extensive knowledge of a range of project types, from large mixed-use and urban developments to beach retreats and luxury boutique settings .

Moore continues to play an active role in working with customers and overseeing projects in Southeast Asia and China.

Over the years he has designed more than 50 projects with WATG. Notable projects are the Four Seasons Tianjin, Conrad Maldives, Bellagio Shanghai, the Ritz-Carlton and JW Marriott in Beijing, Shangri-La Boracay, Anantara Peace Haven, Ritz-Carlton and Conrad in Bali, Hilton Sanya Resort & Spa, First Hawaiian Bank in Guam and Great Keppel Island in Australia. He has worked with the most respected hospitality brands in the world and plans to continue these important relationships as President + CEO.

WATG was founded in 1945 and celebrated its 75th anniversary in 2020. The company is one of the world’s leading design offices with a focus on hospitality, entertainment + gaming, urban + mixed-use and high-end home design. WATG’s interior design firm, Wimberly Interiors, was founded in 2011 and is regularly featured in the top 20 by Interior Design Magazine in its Hospitality Giants survey. Throughout their history, WATG and Wimberly Interiors have designed over 400 built projects in 170 countries and territories around the world.

Coffee break: Unfortunately, revenge trips will have to wait…

Go Here, Not There: Low-crowd alternatives to top outdoor getaways