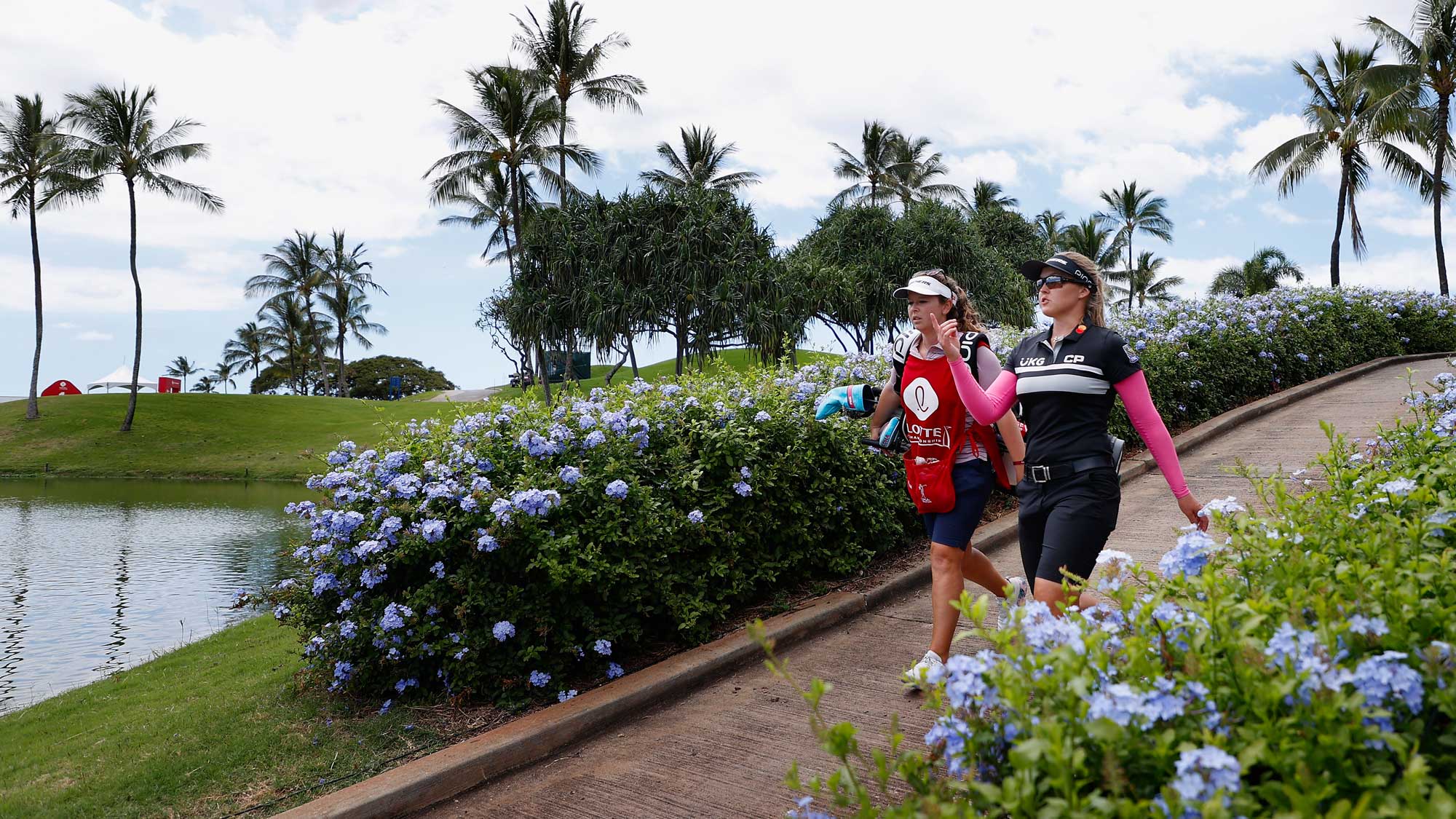 Tourists from all over the world flock to the beautiful islands of Hawaii to get away from the work of life. But for the LPGA Tour’s best and brightest, they return to the office here for the first of three weeks, beginning on the island of Oahu with the LOTTE Championship, followed by a two-week stint in California. The 10th anniversary of the Hawaiian event begins Wednesday.

For LOTTE Championship winners, a win in Oahu set the tone for their entire season. Since 2012, when Ai Miyazato won the inaugural event, each winner of the tournament has won multiple times in the same year.

In 2013, Lizette Salas shot a final round, tournament record 62, to force a playoff with Suzann Pettersen defeating Salas at the first playoff hole. Pettersen won four times this year.

In 2014, Michelle Wie West won the LOTTE Championship in her home state and the win became the stepping stone to the prodigy’s first major win when she won the US Women’s Open at Pinehurst later that season.

In 2015, rookie Sei Young Kim clinched her second win of the year in Hawaii after winning the tour’s season opener in the Bahamas. That same year, Kim won at Hainan Island in China, giving the young Korean the unique distinction of having won her first three events on three different islands around the world.

Minjee Lee won the fifth anniversary of the LOTTE Championship when she carded a final round 64 in 2016 to earn a one-shot win. Like Kim, Lee also won again later that season at Hainan Island in her first multi-win season on tour.

Cristie Kerr recorded her 19th career win on the LPGA Tour with her win in Hawaii in 2017 and her 20th career win in Malaysia later that year.

Brooke Henderson, a two-time winner in Oregon and Michigan, added Hawaii to her growing list of places where she has won multiple times with back-to-back LOTTE Championship wins in 2018 and 2019. And after each of their wins on Oahu, Henderson won once every year.

In 2020 the tournament was not played due to the coronavirus pandemic but returned in 2021 with an exciting new champion in Lydia Ko. The former Rolex No. 1 returned to the winners’ circle for the first time in three years by winning the LOTTE Championship. Ko’s win was one for the record books, as her seven-stroke victory at 28 under par set both the 54- and 72-hole tournament records. Later that year, Ko won on the Ladies European Tour and took home the Vare Trophy for the season’s lowest point average on the LPGA Tour.

The 10th Anniversary of the LOTTE Championship will be held for the first time at Hoakalei Golf Club, designed by Ernie Els and opened in 2009. The four-time Major Champion took the island’s local trade winds into account when designing the layout, presenting a unique challenge for players depending on how the winds shift throughout the week.

Jennifer Kupcho, the recent LPGA Tour winner, is among 144 players being tested at the new venue. Kupcho, who won the Chevron Championship for her first win and first major title, will be joined by defending champion Lydia Ko, winner earlier this year at the Gainbridge LPGA, as well as Danielle Kang, winner of the tour’s season opener at the Hilton Grand Vacation Tournament of Champions . Henderson also returns to Hawaii, where the Canadian continues to seek her first win of the season after a stellar start to the year that saw her finish no worse than a 13th place finish in six starts.

As Henderson has learned first-hand, winning the LOTTE Championship can set the tone. For players who can successfully navigate the island winds, remain focused on the tournament test ahead, while blocking out the beautiful distractions that lie everywhere, a win in Hawaii can set the stage for a great year. And while tourists lie in the sun around them, the world’s best from the LPGA Tour will be hard at work – albeit in one of the most beautiful offices in the world.