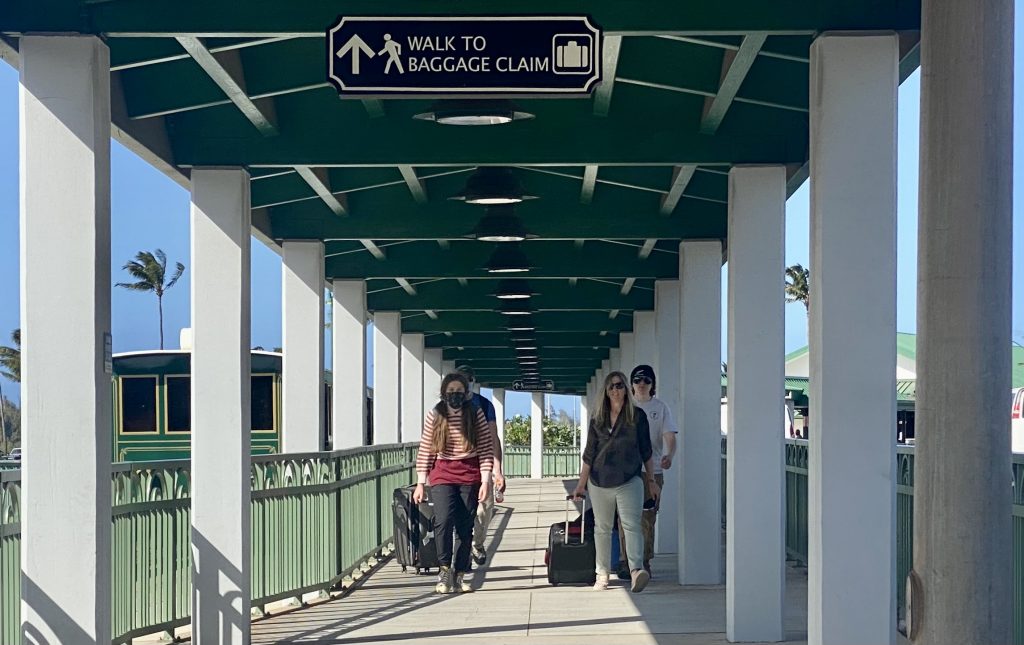 The nationwide program was launched on October 15, 2020 to reopen tourism by allowing travelers to bypass quarantine with a negative test and then proof of vaccination. It ended on March 26th.

“We’ve had a tremendous drop in fines,” Maui District airport manager Marvin Moniz recently told Maui Now. “We had angry people every day. I don’t know that we went a day without someone being upset.”

“Even from the passenger experience perspective, it’s much more relaxed now,” he added. “They were really tense.”

Moniz said many transpacific passengers had negative COVID-19 tests from places not on the state’s “trusted partners” list. As they departed Maui, they were upset to learn they had to quarantine for more than a week.

Some even bought plane tickets to return to the mainland and get an approved test, then returned to Maui due to expensive non-refundable hotel and car reservations, Moniz said.

The director said some arrivals on private jets thought they could bypass the program, but had a team of screeners dispatched to the separate departures area.

“We had a manifest for every private jet that came in and we sent a screening crew there,” Moniz said. “They thought there was a way to bypass the system, but we’ve got that covered.”

Another change at Maui’s main airport since the end of Safe Travels is a reduction in processing time from 20 minutes to half an hour.

Before airline pre-screens, where passengers who passed the screen were given wristbands, some processing times reached about 90 minutes during peak arrival times, Moniz said.

About 100 people have been temporarily employed by the state at the airport for Safe Travel Screening and related health work. Many moved on to get jobs at rental car agencies and other airport-related jobs.

All airport employees put in long hours during the program, he added.

“I think the bottom line was that we had some of the lowest death rates in the country,” Moniz said. “As much as the traveler was harassed, the numbers showed the process was worth it.”

Maj. Gen. Kenneth Hara, director of the Hawaii Emergency Management Agency, recently told The Star Advertiser that it was unlikely the state would ever reinstate Safe Travels Hawaii, which was priced at $37 million, in its current form.

However, the article states that the Safe Travels web application will be retained in case the program needs to be restarted in other forms.

Moniz said airports continue to look to the US Centers for Disease Control and Prevention and other agencies for guidance.

“If necessary, we can start the process again if we have had another major outbreak,” he said. “We have historical experience and can react better. It came out of nowhere, and now all agencies, everyone, can do a lot better if it actually happens again.”

CDC said in a press release Wednesday that its mask order will be extended through May 3 while it monitors the spread of Omicron, particularly the BA.2 subvariant, which now accounts for more than 85% of U.S. cases.

“Since early April, the seven-day moving average of cases in the United States has increased,” the release said. “The CDC mask regulation remains in effect while the CDC assesses the potential impact of increases in cases of serious illness, including hospitalizations and deaths, and health care system capacity.”

The rule requires all people to wear masks at airports, bus or ferry terminals, train and subway stations, US ports of entry, and other places where people board public transportation.