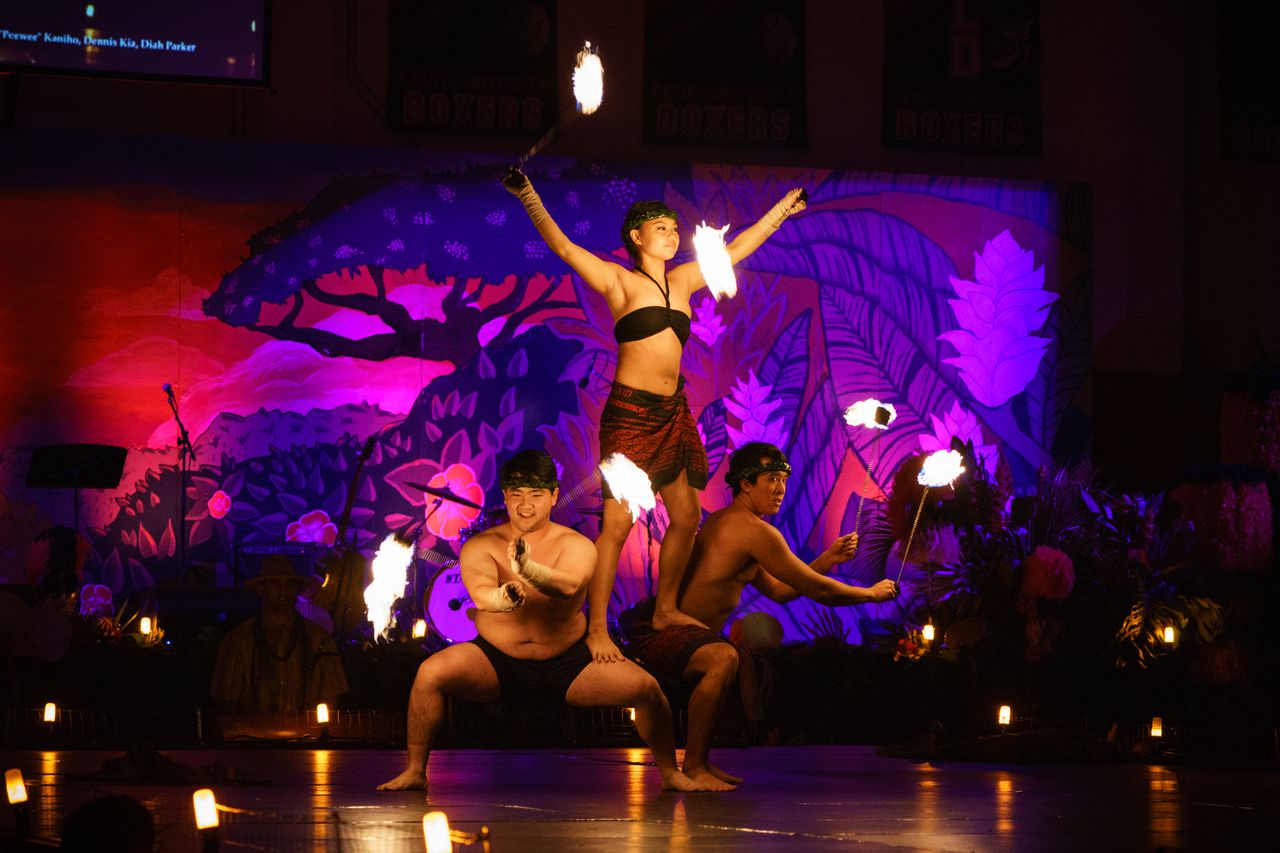 Led by Pacific students, the event began at 4:30 p.m. with traditional Lu’au fare, followed by an evening of Polynesian dancing and live music performances.

Traditional dishes included teriyaki chicken; Kalua pig cooked in an underground oven for 16 hours; long rice with chicken, a combination of rice and noodles; poi, a smooth taro root; Haupia, an adaptation of the English pudding; and coconut cake and punch.

The evening featured dozens of performances that spanned from 7:00 p.m. to nearly 11:00 p.m. Performances included a Samoan percussion dance; a song for a legendary mermaid named Kananaka; Tinkling, a folk dance from the Philippines; fire knife dancing, also known as Siva Afi from Samoa; Tahitian Dance; and a dance depicting a bitter struggle on the island of Oahu.

The university’s Hawaii Club was founded in 1959 with 16 Hawaiian students and grew to 60 members from eight islands by 1962. Since then, the number of members has tripled.

The event is the largest student-organized Lu’au on the West Coast, according to the university. Pacific University reports that nearly 20 percent of its undergraduate students are from Hawaii.

The event was public. Proceeds went to the Students of Hawaii Club.

You can watch the evening performances here:

Zelenskyy says Russian aggression is not just limited to Ukraine