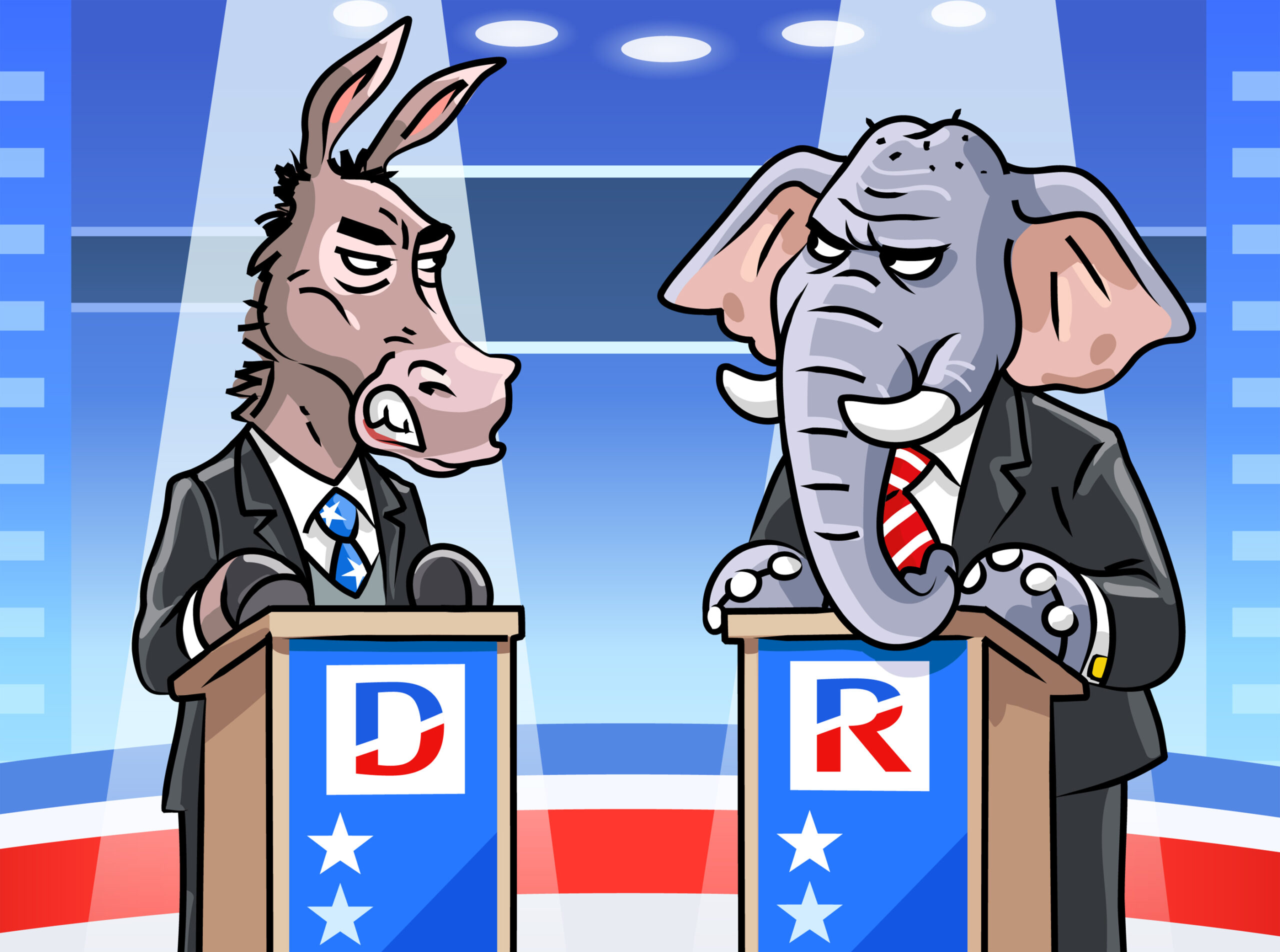 When I turned 21 in 1970 and was allowed to vote for the first time, one of my political science professors tried to persuade me to register as a Republican. His thought was that if we as a country wanted to ensure a robust two-party system—primaries were closed then—registering with Hawaii‘s minority party was the way to go. So I did.

Over the next several decades, I found little reason to change: As a registered Republican, I could vote to root out the lunatics at the elementary school level, making the general election a more balanced event. Or so I thought.

But when the Republican Party became more Orwellian (“Orwellianism isn’t just big government, it’s about authoritarianism mixed with lies,” according to Gordon Bowker, biographer of the infamous “1984” author), I gave up.

Finally, Republicans say they’re all about liberty and limited government and don’t want to regulate businesses or guns, but some of them insist they have the right to regulate my body and would like to make my children pray. I could no longer ignore the schizophrenia and hypocrisy that the party has come to represent.

Rs have a tough road ahead of us in our state, but with more than 60 of them on the ballots for the November 8 general election, it’s worth taking a minute or two to review some of their publicly expressed positions.

“Your freedom to swing your fist ends right where my nose begins.” – Oliver Wendell Holmes

Beginning with the party itself, the platform recognizes “the truth that life begins at conception and ends at natural death…regardless of the physical or mental diagnosis made before or after birth.”

I have seen no offer from the party to pay for the cost of caring for and raising an unwanted child, which recent estimates put at $310,605 from birth to age 17 (average of $18,000 per child per year) or the costs related to the management of a maternal or child medical condition that was once sufficient cause to terminate a fatally defective pregnancy.

Nor have I found a commitment to help with the costs incurred by those who wish to adopt a child due to a forced pregnancy, which Vince Berger, who founded Adoption Services Inc. in 1985, says today ranges from $45,000 to $75,000 be able. In fact, Dr. Berger in an interview that adoption “has slowed across the country, at its lowest level in 45 years.” He believes this is because women have been able to avoid unwanted pregnancies.

What some of our Republican brothers and sisters want for us

Of course, Republican candidates, like their Democratic counterparts, have a lot to say about homelessness, crumbling infrastructure, housing shortages, and the high price of paradise. But some of them show a shocking lack of appreciation for the freedom of others when it comes to agency and freedom of religion:

I don’t know about you, but the candidate positions above seem to completely ignore the amazing increase in those of us who do not profess any religious affiliation. According to Elizabeth Drescher, an associate professor at Santa Clara University, those who selected “none” would be a religion, making them the largest religious group in the US based on the results of a Pew Research Center poll last year.

I recently told a young Maui police officer how alarming it is that so many candidates want to force prayer back into the classroom; he amazed me by saying he was all for it. When I asked him what he would say to those who are Jewish, Buddhist, Muslim or atheist, he said, “You can opt out. After all, our founding fathers were all Christians.”

This is clearly a selective reading of history; it was complicated back then and our esteemed founding fathers were not a one-size-fits-all group. In fact, they’ve been everywhere when it comes to state-sponsored religion, prayer, and the like. And let’s not forget: A woman’s right to vote wasn’t even on her radar, as women (and black people) were not considered real people who had any of the real rights or freedoms afforded white men.

Some of Hawaii’s Republican candidates have turned that on its head: They seem fundamentally devoted to their religious beliefs — and feel comfortable imposing them on others — who also happen to be running for office. And that’s pretty scary.