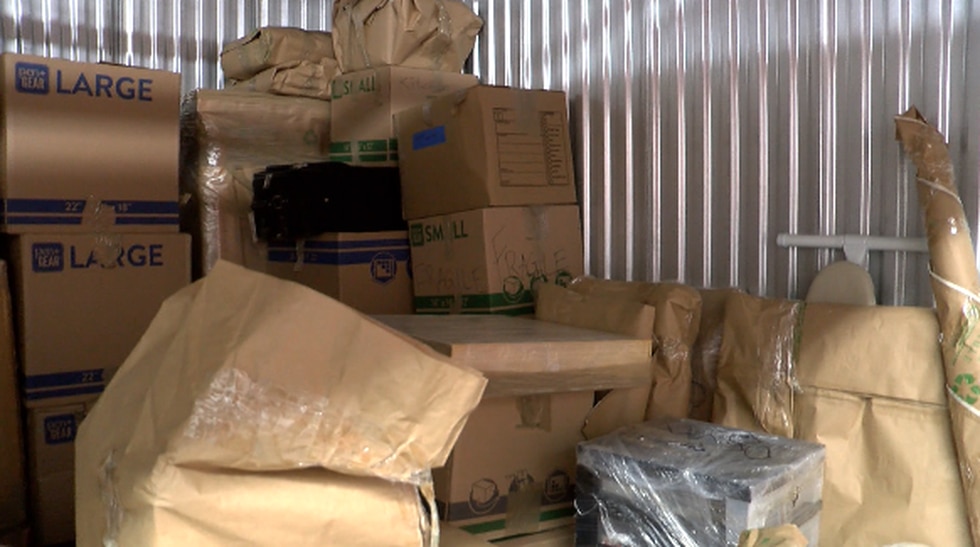 HONOLULU (HawaiiNewsNow) — Another complaint has surfaced against an Oahu moving company accused of dumping belongings in storage facilities instead of shipping them to the mainland.

Yolanda Cardiff actually flew back into the state this week in a frantic attempt to retrieve her household items. She said she moved to New York to work in October and paid JF Moving Services to store her things first and then ship them to him when she got an address in December.

The only problem? They never arrived.

And last month, in another twist, a Florida family also going through JF Moving Services contacted her to say she appeared to have some of her belongings, including an insurance card.

“I really can’t explain the frustration and this belief that someone can even take your baby’s ashes or something,” Cardiff said. “These things are irreplaceable.”

After flying to Oahu this week, she went to the company’s offices and tried several times to call JF Moving Services owner Johnny Franklin. But she never got any answers.

JF Moving Services website shows that they are accredited by the Better Business Bureau.

However, the BBB said their accreditation was withdraw In December.

“Well, they have an F rating and that means they haven’t responded to 12 complaints that were filed against the company,” said Roseann Freitas of the Better Business Bureau. “Because they were notified, all of that had to come down and we’ll be checking back in to make sure they do.”

Additionally Business registration of the company has expired since August 2020.

“Because the fact that they are not registered says a lot about their integrity,” Freitas said.

Hawaii News Now has contacted the state Department of Commerce and Consumer Affairs regarding the registration of JF Moving Services and is awaiting feedback.

“It’s extremely frustrating that this person is still out there and nobody is doing anything,” Cardiff said.

After Cardiff and HNN tried several times to contact Franklin, he finally said he would call them Monday.