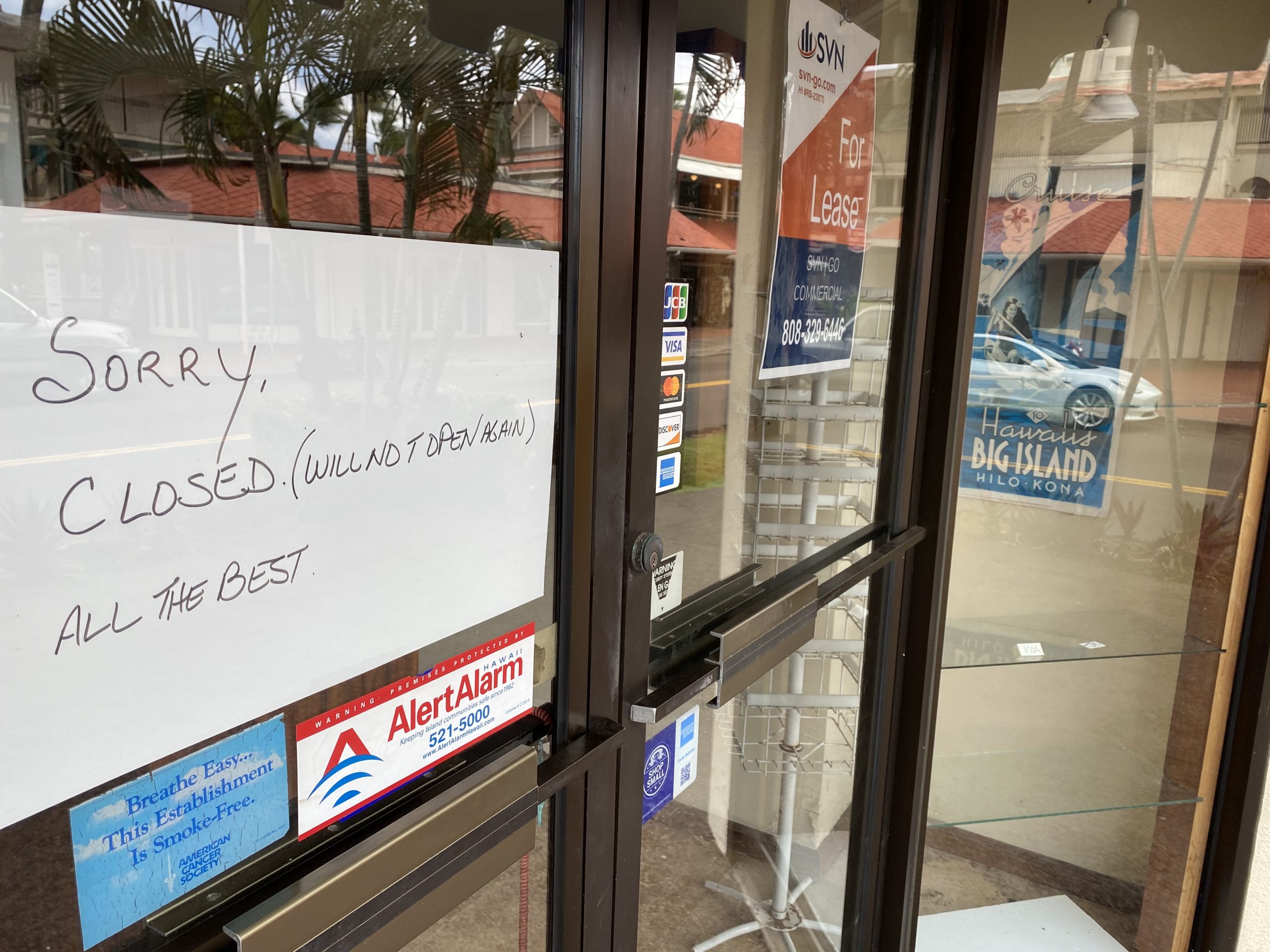 Editor’s note: This is the third in a series of stories that delve deeply into specific issues Hawaii is facing and how the Democratic gubernatorial nominees would address them. Also this week, Civil Beat has teamed up with Hawaii News Now in-depth interviews with the top candidates for governor in both the Democratic and Republican primary. Civil Beat will be posting the full interviews on our Governor Race election page where you can find all of our coverage of the primary.

The scary shutdown of tourism early in the pandemic has underscored the risks of Hawaii’s heavy reliance on the visitor industry, and Vicky Cayetano suggests a dramatic small business tax cut as her key strategy to finally diversify the state’s economy.

Lt. gov. Josh Green, meanwhile, wants to use government subsidies to expand local agriculture, including property tax breaks, direct grants to farmers for infrastructure, and tax exemptions for startups until they become viable.

Civil Beat asked the leading Democratic gubernatorial candidates for their top-priority near-term initiatives to diversify the economy, and Green and Cayetano responded with those ideas.

U.S. Rep. Kai Kahele, another frontrunner in the Democratic primary, declined to be interviewed for this series and said through a spokesman he was unhappy with the way Civil Beat was handling the governor’s race have reported.

Cayetano, a longtime, successful Hawaiian businesswoman, said Hawaii’s small businesses have taken a terrible hit during the pandemic and “they desperately need help.” She proposes that the state halve the consumption tax for companies with annual gross sales of $5 million or less, saying the tax break should be permanent.

“If you look around, almost every day you read about another company going bust,” she said. “If there isn’t a balance between local small family-owned businesses and big retailers, it really doesn’t serve residents in the long run.”

The retail level excise tax is now 4.5% in Honolulu, Kauai and Hawaii counties and 4% in Maui County. The state received nearly $4 billion from this tax last fiscal year — more than 40% of the state’s total general tax revenue — making it critical to funding the state government’s operations.

Cayetano is running as a Democrat but was a Republican before marrying former Governor Ben Cayetano in 1997, and her idea of ​​a tax cut sounds a bit like a Republican proposal. But she rejects any attempt to label it partisan, saying it would be good for everyone.

When asked how she would sell it to the heavily Democratic Legislature, Cayetano replied, “I think if you tell the story and let them understand what’s at risk, they will support you.”

“When we keep the small business community alive and thriving, everyone benefits. So it’s better to give them a tax break than not having any income from them when they go under,” she said.

Cayetano acknowledged that her proposal is partially defensive — it aims to support businesses that are already here — but said attracting new businesses or growing existing businesses requires a “business-friendly culture,” and their tax cut would be a start.

“It’s so difficult to start a business these days, it really is, and so if we want a diversified economy, we have to look at our culture, and Hawaii isn’t known for a business-friendly culture to begin with,” she said. “We all know that, but nobody talks about it.”

But the consumption tax break that Cayetano is proposing raises both practical and political problems. For example, Tax Department officials say the state wouldn’t know if a given company qualifies for Cayetano’s 50 percent excise tax rebate until the company files a tax return at the end of the year showing it has less than $5 million -Had dollars in revenue.

By then, the customers of this company would have already paid the full tax, which is arguably unfair. It seems likely that the owner of a business that qualifies for the tax break would then keep half of the money the business took in taxes as profit.

Paul Brewbaker, economist at TZ Economics, said another problem is that the Hawaii state constitution requires a balanced budget, meaning Cayetano’s plan would either force the state to cut spending or the lost excise tax revenues would have to go through a tax increase will be offset somewhere else.

Tax cut advocates sometimes claim that tax cuts stimulate economic growth enough that any lost tax revenue can be recovered by an increase in new business activity, “but that math never works out,” Brewbaker said. He said the “rule of thumb” is that the growth stimulated by a $100 million tax cut will only generate $20 million in new tax revenue.

The green answer to economic diversification is growth in the agricultural and energy sectors, including targeted agricultural subsidies and tax credits. He specifically mentioned tax breaks for taro cultivation and for people interested in restoring or operating traditional fish ponds.

“We have agriculture and we have leading energy companies in Hawaii, it’s just that they haven’t had enough support to get off to a flying start,” he said. “To diversify, we need to support them, and that means tax credits to support land use.”

Green wants to help farmers with infrastructure like large greenhouses, which he says can cost $1.5 million each and may be out of reach for start-up companies.

He also believes that housing for agricultural workers will be crucial, as without housing the industry may not be able to attract the labor it needs. He highlighted the possibility of tax credits for people who build farm housing on productive farmland.

The state support Green provides would include property tax breaks, direct grants to support investment in agriculture, and tax credits based on productivity, meaning the state would not tax farms until they become productive. He would also consider “tax exemptions” for operations that create jobs in Hawaii.

“For large investments that commit to employing local workers, we want to support them until they are profitable,” he said.

Farmers in Hawaii have struggled for years to complete, in part because of high land, labor, transportation and other costs, but Green remains hopeful that niche farming can still be profitable. In particular, he cited the successful cultivation of hemp and medical marijuana in other states, which he says is “very possible for us.”

Hawaiian farmers have called for more investment in agriculture, but some are skeptical that it’s a promising avenue to diversify the state’s economy.

Brewbaker said that large-scale farming outside of Hawaii has become significantly more efficient, making it extraordinarily difficult for Hawaiian farmers to compete. This explains why agricultural employment in Hawaii has fallen from 60% of the labor force a century ago to less than 1% today.

“The experience of the last few generations since statehood has been that no matter what you do – whether it’s orchids, of course sugar and pineapples, but even in plant breeding – eventually someone will find a way to do it somewhere, either the labor is cheaper or that Land is cheaper, or there is more of both,” he said.

He said there is potential in high quality niche markets, “but all real farmers, all real ranchers will tell you it’s really hard to make money and then these (thieves) come in and steal my crops right before the harvest” , he said.