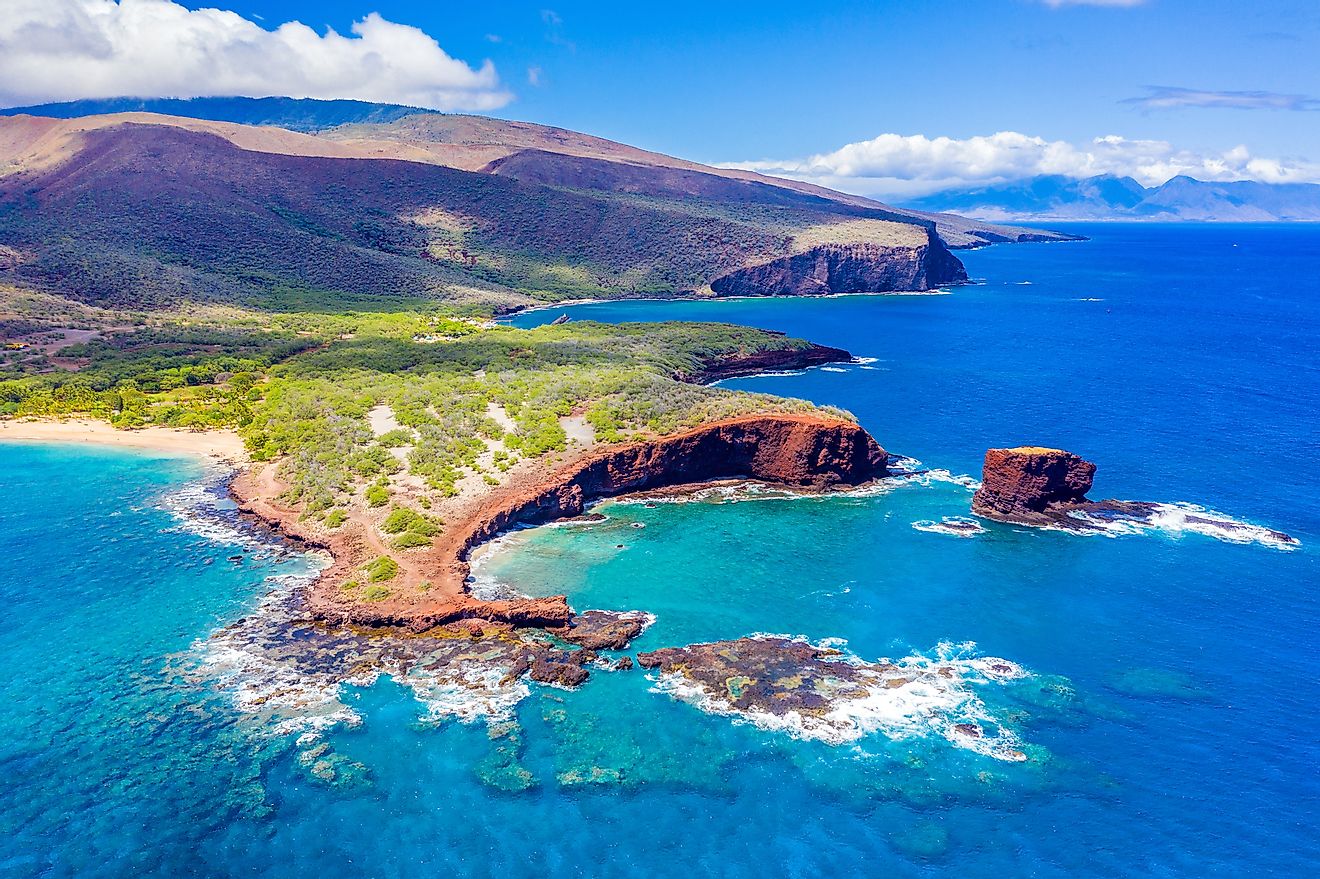 Lanai Island is the largest privately owned island in the Hawaiian archipelago in Maui County, Hawaii, United States. Formed by the extinct volcano Lanaihale, the circular island is only nine miles from Maui. Lanai encompasses two distinct atmospheres, the first offers high-end resorts where tourists can enjoy world-class facilities and championship-level golf, and the other involves driving along the island’s rocky back roads in a 4WD to discover its hidden gems .

Geography and climate of the island of Lanai

The island covers a total area of ​​140 square miles. It is separated from Molokai Island by the Kalohi Channel to the north and Kahoolawe Island by the Kealaikahiki Channel to the southeast. The island has three main regions, the North, Central and South regions, with Lanai City being the only city on the island where most of the residents live. Only 30 of Lanai’s 400 miles of roads are paved.

Lanai Island has a tropical climate with warm, dry summers and long, comfortable winters, with windy and mostly clear conditions year-round. Temperatures vary mostly seasonally between 16°C and 27°C and rarely drop below 13°C or above 29°C. Tourists prefer the island for warm weather activities between March and October and November to January.

Brief History of the Island of Lanai

The name of the island of Lanai means Conquest Day in the native language. Europeans first explored it in 1779 by Captain Clerke, a Royal Navy officer who formerly sailed with Captain James Cook. Lanai was primarily used for cattle grazing until 1922 when Jim Dole, President of the Dole Pineapple Company, bought the island and turned most of it into the world’s largest pineapple plantation. Recently, pineapple cultivation on the island came to an end, which gave tourism a chance to rise and become the main engine of the island.

Economy and population on the island of Lanai

As a tourism destination, Lanai Island’s economy relies on lodging and food services, administrative support, waste management services, and construction companies. As with the rest of the Hawaiian Islands, the cost of living is relatively high due to the island’s remote location, which means high transportation costs for imported goods. Lanai Island is privately owned by Larry Ellison, a billionaire who owns 98% of the island. From another economic perspective, the median income of a Lanai Island resident is $23,078 per year with a sales tax rate of 4% and an income tax rate of 8.3%.

The population of Lanai Island is estimated at approximately 2705 residents, almost all of whom live in Lanai City, one of the island’s main small towns. Almost 66.54% of all residents were born in the United States, including 44.29% in Hawaii. Around 9.87% of residents are non-US citizens, with the majority of them hailing from Asia.

The island is known for its serene beauty and luxurious five-star resorts and charming boutiques in Lanai City, the island’s central town The island’s unspoiled beauty.

In addition, the island presents a list of sports and activities where golfers can enjoy the view at Manele Golf Course. And those traveling with kids have countless activities to choose from, like snorkeling, whale watching, and horseback riding. Additionally, the fishing village of Kaunolu features the largest remaining ruins of a prehistoric Hawaiian village. Another attraction is Hulopoe Bay, a protected marine reserve with a treasure trove of marine life, including Hawaii’s famous spinner dolphins.

Lifeguard thanks EMS for saving his life