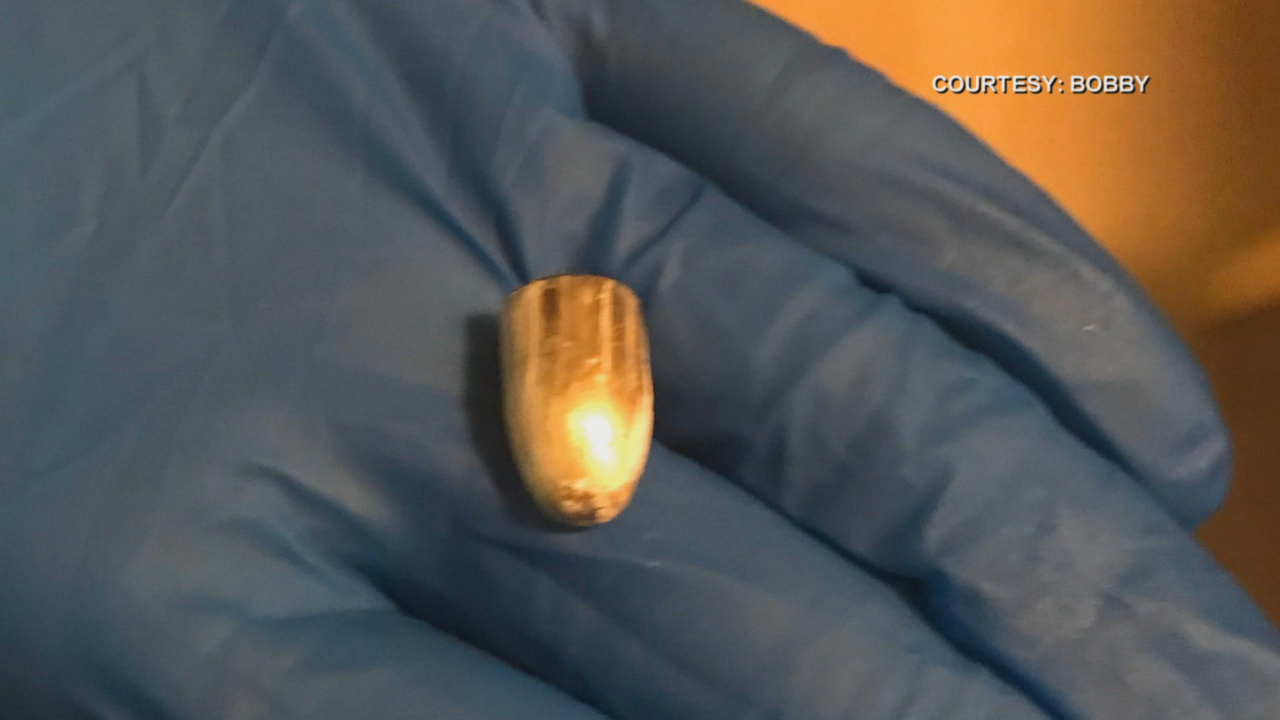 In Hawaii, a bullet rips through the Kailua woman’s home, narrowly missing her

HONOLULU (KHON2) — A woman in Kailua is still shaken after a shot into her home narrowly missed her. Another incident was caught on video hours earlier, in which a passenger in a car fired a gun in the air. No one was hurt, but police have opened two cases of reckless endangerment.

Bobby, who asked not to be identified, is still in shock after a single shot hit her home in Kailua on Olomana Street around 9pm Monday.

on the way with KHON 2GOKHON’s morning podcast, every morning at 8

Bobby said she was in bed watching a movie when it happened.

“Suddenly there was an explosion, glass shattered, flying onto my bed and on to me,” she explained. “I thought for a moment someone had thrown a rock at my window”

But then she saw the bullet holes.

The bullet went through that outside wall first, entered her home in a closet, smashed through a gold picture frame on the opposite side of the closet, that wall, a second photo frame, and landed feet-in front of the bed she was lying on.

Bobby said she had heard gunshots before, but this was different.

“It’s too much to comprehend at once, but there’s still a fear in the heart that it was a weapon that went through our home.”

That same day, just hours earlier, another reckless shooting on Tantalus Drive. This caught on video.

In the video, a car drives by, the passenger puts his hand out of the passenger side window, points a gun at the sky, and shoots.

KHON spoke to a witness who asked not to be identified.

She said she was in her room when she heard the shots.

“It was really scary,” she said. “It was just really loud, like it got me. I jumped up from my seat. I checked my surveillance and noticed a black car pulling down. They shot twice in front of my house and they drove further down and shot two more times. I was really scared because my dad was standing right in front of my house pulling some leaves while he was gardening.”

She said the police recovered a bullet casing on the street.

She and her family don’t understand why anyone would be so careless.

The incident is something she said will stay with her.

“I don’t even feel safe in front of my own house.”

Anyone with information about either of the two incidents is asked to contact the police.

Denby Fawcett: A Kaneohe church is turning its golf course into a commons

Did they drop the red light cameras?