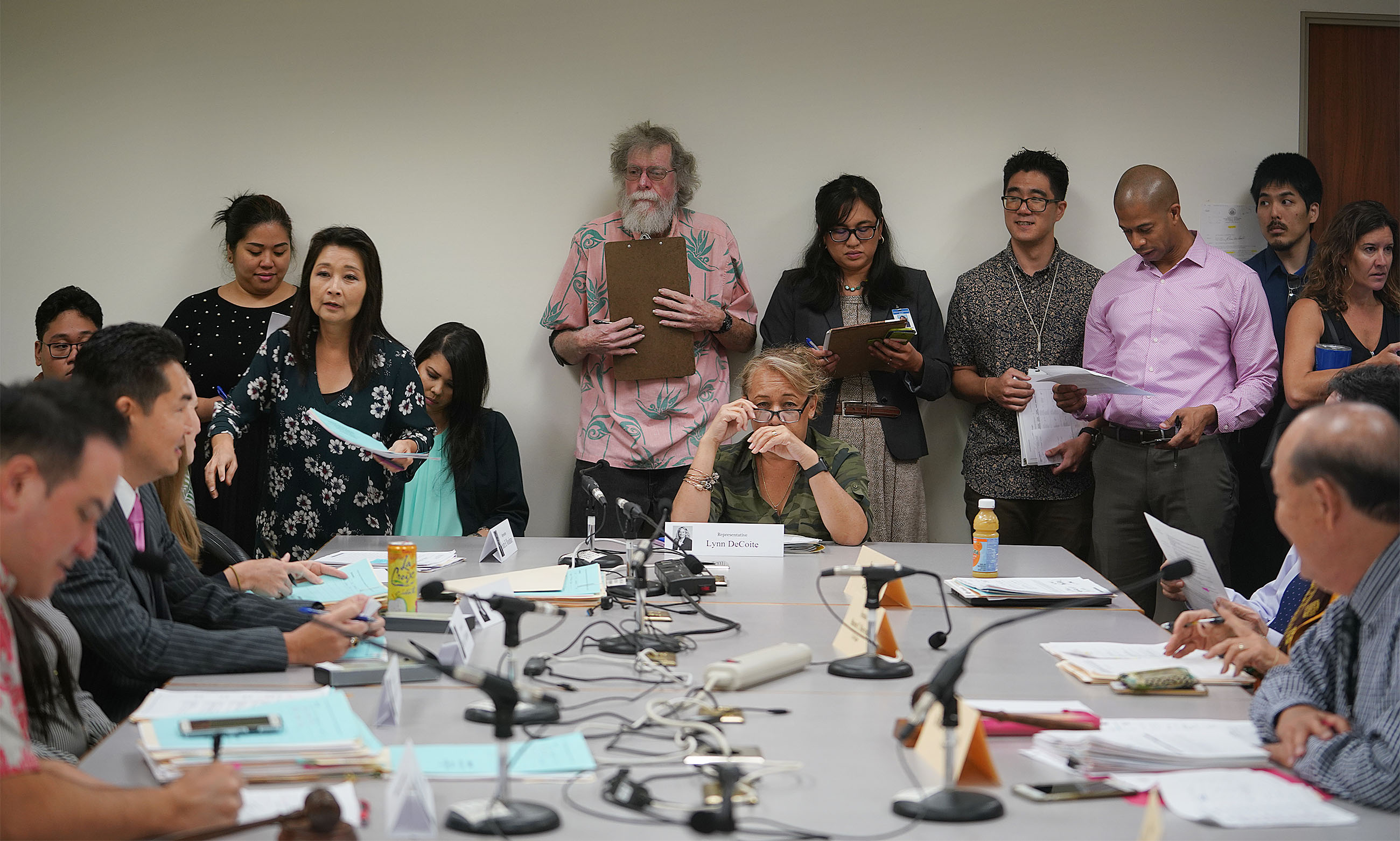 For decades, Hawaii‘s elected officials have relied on a voting process often employed when it comes to controversial bills. They vote yes, “with reservations,” or WR, as the State Capitol puts it.

But tentative votes are actually counted as yes votes anyway, so what’s the point? Well, if a bill turns out to be unpopular, lawmakers can tell their constituents that they weren’t fully on board in the first place.

In other words, the option allows lawmakers to play both sides.

But the practice ultimately boils down to preventing lawmakers from taking a stand. Instead, they should simply vote “yes” or “no,” as is the practice in legislatures at the national level.

The WR vote, which appeared in the rules of the Hawaii House of Representatives as early as the 1970s, is a longstanding legislative tradition. The Senate also allows voting of WR.

In the 2022 session alone, lawmakers voted 935 times with reservations.

It’s not just the legislature that allows this practice. The Honolulu City Council also allows it.

But the practice is not used outside our shores. West Coast states, for example, do not provide WR votes to legislators. In fact, the National Conference of State Legislatures is not aware of any other state that allows a “conditional” vote.

Past and current lawmakers say one argument for allowing WR is that it’s useful for keeping a bill alive. An example is the vote on bills to raise the minimum wage, something that actually happened this year Lawmakers increased it from $10.10 to $18 by 2028.

A lawmaker may disagree with the proposed increase as the bill goes through committee. But instead of voting “no” and risking the law failing, lawmakers who ultimately want to raise wages are voting with reservations. This will signal to the next bill committee that they like the idea of ​​a pay rise, but the bill needs action.

Another argument is that many WR votes on a bill signal to the governor that support for a bill is lukewarm, and thus he might be inclined to veto it.

But nothing says “I have a problem with this bill” like voting against it. Voting on WR is a political sideshow, a form of kabuki theater that allows lawmakers to avoid accountability.

The practice of voting with reservations can occur at any time when making a decision on legislation, including the very last vote known as the final reading. Choosing WR in this final vote is something elected officials love, says Colin Moore, associate professor and director of the Public Policy Center at the University of Hawaii Manoa.

“They can avoid having to vote up or down where there’s no wiggle room, although ironically that’s essentially their job,” he said. “It clouds the legislation a bit because it allows lawmakers to communicate different messages to different audiences. With WR, lawmakers can appease their constituents and those who hold higher positions in the legislative power structure.”

But the leverage afforded to lawmakers by the WR rule comes at the expense of the public.

“It’s one of those legislative maneuvers that really exists for the convenience of lawmakers,” Moore said. “This in no way serves the interest of the public.”

Sandy Ma, executive director of Common Cause Hawaii, said of WR, “It doesn’t really create the transparency that we need in our elected offices. It doesn’t allow us to understand why votes are traded, creating this opacity in the process.”

That way, the practice could allow bad bills to move when they really shouldn’t, she said.

Among the most controversial bills in the 2022 session was Senate Bill 2510and it illustrates well the problem with the choice of WR.

Its proponents claim it will help the state meet its 2045 goal of a 100% renewable energy portfolio, but critics argue it won’t and actually exemplifies it ability of a single powerful legislator to bullying his colleagues to support his bills.

It is up to Governor David Ige to decide the fate of SB 2510, which awaits a June 27 deadline by which he must decide which bills he will veto. But the legislation shows lawmakers struggling to build consensus on bills, essentially trying to avoid accountability.

Of the 76 MPs who voted for SB 2510 at last reading, nine voted ‘no’ but 13 voted ‘yes, with reservations’. What message does that send to Ige? No clear statement at all.

“The legislature is a place where people are supposed to make a decision, yes or no,” said Janet Mason of the League of Women Voters Hawaii. “So why not just stand up and say yes or no?”

Lawmakers should change the rules of the Senate and House of Representatives to free the legislature from conditional votes. If not, the legislature will continue to improperly represent the public by passing harmful bills for low levels of political coverage.

Go Here, Not There: Low-crowd alternatives to top outdoor getaways