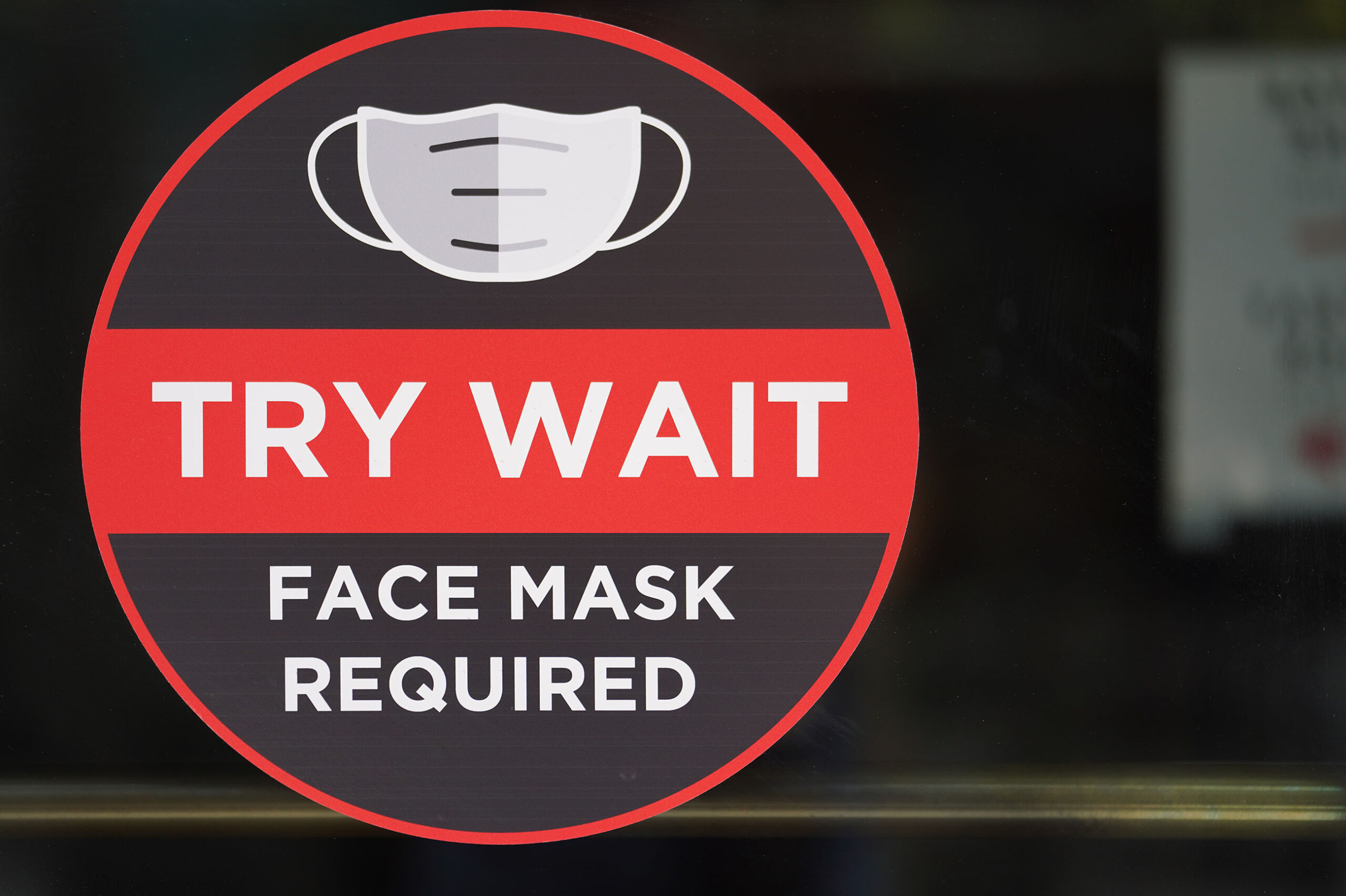 Denby Fawcett: Farewell to the Masks – It’s been a wild ride

On March 26th, in less than two weeks, the state mask requirement for indoor use will be lifted.

Gov. David Ige recently received national coverage as the last governor in the United States to drop indoor mask requirements – a rule that has been in effect in Hawaii since April 2020.

I admire Ige for sticking to his guns to keep Hawaii’s Covid-19 infection rate at the second lowest in the country, only behind Vermont, and for now deciding it’s safe enough to move forward.

This column is an ode to face masks: to remember how confusing it was when we first started wearing them, and yet later how the cloth and paper face coverings became part of our lives. But to be clear, not a part of everyone’s life.

It may not be soon enough for some to say aloha to masking, as Chinatown restaurant owner Donald Moriarty called Hawaii’s mask requirement “stupid.”

I spoke to Moriarty on Friday and he was still upset that he was fined $3,000 in September for refusing to close his Doner Shack restaurant on South Pauahi Street, despite an order from the Health Ministry to temporarily close the restaurant after health inspectors saw him interacting with customers without wearing a face covering on two separate occasions in January 2021.

At the time, Moriarty removed the health department’s red placards that read “closed,” leaving it open to serve its Mediterranean kebabs and shawarma.

He says the kebab shop is now doing better business than ever with customers who share his belief that wearing masks should be a personal choice, not a government regulation.

On his Instagram page, Moriarty jokingly promotes his “New Mask/Vaxx Pass Rules 1/6/22” which reads: “For Vaxxed – It is your personal choice whether or not to wear a mask. However, please ALWAYS keep your vaccination cards hidden, open carrying of medical information is prohibited in this facility.”

My brother, Tony Fawcett, an electrical contractor in Kona, has dutifully masked himself during the pandemic, but he’s another resident who’s glad the requirement is going away.

“Sometimes I get claustrophobic in a mask and my glasses fog up on humid days,” he says. “I welcome the end of the rule.”

Other friends plan to adapt. Kalei Damon says she will continue to wear a mask in public places like restaurants and auditoriums and when around unvaccinated people.

She and friend Jayna Shanefield are heading to Hilo in April to see their daughters dance at the Merrie Monarch festival. Both said they would mask themselves if they found themselves in crowds. Jayna says she also plans to dress up when she’s around school kids, some of whom remain unvaccinated.

After the mandate was lifted, the Health Department continues to recommend wearing masks indoors in public schools, jails, jails and health care facilities.

With the mandate almost over, it’s interesting to look back at all the crazy things that have happened to masks as health officials tried to get a handle on the pandemic that many of us initially thought was only a matter of days months would be over .

Masks seemed strange at first. I remember thinking in the days leading up to the pandemic that tourists from Japan walking around Waikiki wearing face masks were hypochondriacs, fearful cats.

I slowly started collecting masks myself and even found some beautiful homemade masks that were thrown aside on the streets as I walked around our neighborhood. It was confusing when to wear them.

After forgetting to take a mask to an important event, I kept two or three in my car and a bunch in my purse and another bunch by my bed.

I found myself being yelled at while walking around Diamond Head without a mask before sunrise on a nearly empty road.

A group called the Hawaii Quarantine Kapu Breakers took it upon themselves to patrol Waikiki to remind tourists to wear masks outside, and were sometimes peppered with enemy F-bombs by visitors.

The critics of Dr. Anthony Fauci is still referencing the early days of the Covid infection explosion when he advised people not to wear masks.

Fauci later explained he was concerned there would not be enough protective gear to protect medical workers treating frontline Covid patients.

Because medical experts were still learning how the virus spread at the time, he said: “We didn’t know that 40 to 45% of people were asymptomatic, and we didn’t know that a significant proportion of people who get infected, People without symptoms become infected. That makes it overwhelmingly important that everyone wears a mask.”

There was also the scramble to make homemade masks when it became difficult to buy medical masks online or in stores.

Caldwell changed his mind after more than 500 home sewers signed a petition saying they needed to buy fabric to make protective masks. He allowed fabric stores to reopen as essential stores on a limited basis, with only two shoppers allowed in a fabric store at a time, while other customers had to order their sewn goods by phone or online and then wait until they had the fabric delivered to their cars .

Another crazy mask event happened in 2020 when critical care nurse Josh Massion at Maui Memorial Medical Center was reprimanded by his supervisor and ordered to stop work after refusing to remove an N95 surgical mask he brought from home would have.

At the time, the Maui Memorial was only issuing surgical masks to medical staff working directly with Covid patients, not staff like Massion who were treating patients in other parts of the hospital. And it refused to let employees bring cloth or medical masks from home.

Massion was concerned after a group of 15 people contracted Covid in hospital and bought his own N95 masks on eBay.

The next day, Maui Memorial began distributing surgical masks to all medical workers on a daily basis.

Even more confusion reigned in May 2021, when the Centers for Disease Control and Prevention recommended that vaccinated people no longer have to observe social distancing or wear masks in most indoor and outdoor situations.

I wrote at the time: “In an instant, we’ve gone from the days of vigilantes patrolling Waikiki and shaming tourists for not wearing masks to well-meaning observers who now warn people not to make fun of fully vaccinated people, they stick to full-time mask wearing.”

It’s been a wild ride.

Now that we’re on the verge of being lifted from daily masking, many in Hawaii will likely be holding on to their mask collections because the governor says he’s ready to reinstate the indoor masking policy should Covid cases pick up again .

But when that happens it will at least be something that is well understood and not as dramatic and confusing as it was two years ago.

And some of us have even learned to respect masks for the protection they offer against colds and seasonal flu, and for having to show our emotions on our faces when we don’t feel like it.